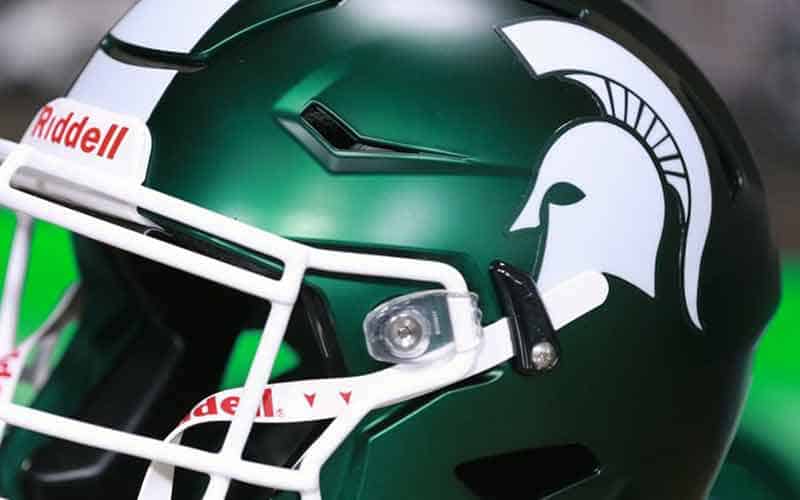 The Michigan State Spartans defended their home stadium Saturday against the visiting Michigan Wolverines and are now positioned to face the Ohio State Buckeyes on November 20th to determine which team will represent the Eastern Division in the Big Ten Championship Game on December 4th.

The AP Top 10 rankings have been unveiled, and the 8-0 Spartans now find themselves in the number 5 spot, suggesting a win over Ohio State in three weeks will propel them into the CFP, assuming they can win the Conference Championship.

The odds posted at college football betting sites align with top ten rankings for the most part, but how will the official CFP rankings look when the Selection Committee unveils them this evening at 7 PM?

Based on what we see reflected in the above rankings and odds for betting on the College Football Playoffs, the following assumptions can be made:

The Cincinnati Bearcats easily have the weakest resume among the top teams, and they should be rooting for Georgia to finish the regular season without a loss as two SEC teams making the playoffs will almost certainly oust the AAC Champions.

The Oklahoma Sooners of the Big 12 must be scratching their heads right now because they’ve beaten all teams that they’ve faced this season, but voters and oddsmakers don’t currently view them as an automatic playoff qualifier.

OK finds themselves in a very similar position to Cincinnati in that they must hope that their strength-of-schedule is enough to not only convince the CFP Selection Committee of their worthiness, but they must also root for Georgia to win the SEC.

If Alabama does indeed win the Southeastern Conference crown and cause for the Crimson Tide and UGA to make the final four, the NCAA will no doubt renew their offseason discussions regarding a 12-team playoff format.

To date, a Power Five Conference team has yet to finish undefeated and miss the College Football Playoffs, so the Sooners have that going for them, but the Bearcats can suffer no such convenience as their American Athletic Conference has never produced a CFP team, ever.

Actually, considering the play of Oklahoma this season, we’re shocked at the moneyline odds offered for betting on the 2021-22 NCAA Football National Champion.

The Sooners’ +1200 odds to win it all this year will net gamblers $12 per each dollar risked. The same can be said for Michigan State, as their +4000 moneyline can earn college football bettors a cool 4 grand for a wager of $100.

Don’t hesitate, however, as these odds will pull toward even after each week of play concludes. Bet now!