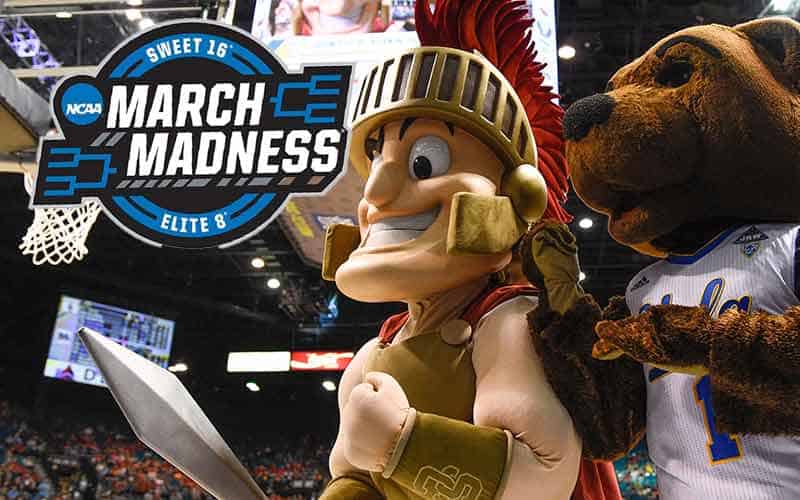 The three remaining #1 seeds won their Sweet 16 matchups and have now advanced to the Elite 8 of the 2021 Men’s Division I Basketball Tournament.

There’s no time to slack off now, however, as Elite 8 betting sites have cooked up odds for all four games occurring over the next two nights.

Tonight at 7:15, the Houston Cougars are favored to continue their title run and earn a spot in the Final Four by beating the #12 Oregon State Beavers, the lowest seed still alive in the betting odds posted at online March Madness sportsbooks.

Combining the over/under with the point spread, the final score projects out to be Houston 68, Oregon State 61, but oddsmakers have gotten it wrong with the Beavers all throughout the tournament so far.

Fans of the NCAA Tournament love a good Cinderella story, but don’t let the clock strike midnight before taking advantage of the +275 money line laid on Oregon State if you think they’ll beat the Cougars. Wagers of $100 on OSU to win outright will earn $275.

The game line for the follow-up Elite 8 clash between Arkansas and Baylor features odds that are strikingly similar to that of OSU vs. Houston, with the higher seed once again predicted to win by 7.5 points.

Tipoff is at 9:57 PM this evening, and the Baylor Bears are favored to move on to the Final Four by ousting the last remaining SEC team in the tourney.

The second day of Elite 8 action features two west coast programs with a lot of history of success in March Madness – the USC Trojans and the cross-town UCLA Bruins.

Tomorrow night at 7:15, USC goes up against the top team in the nation, Gonzaga, and once again, the bulldogs are favored to rout their opponent. USC has now made it to the Elite 8 for the first time in 20 years, and $1 bets on their +325 money line will earn $3.25 if they can take down Gonzaga.

The same can be said for tomorrow night’s UCLA vs. Michigan game where the Wolverines are expected to win by 7 or more points, ending the Bruins epic run in the 2021 March Madness Tournament that saw them travel from the First Four to the Elite 8.

Tune in tomorrow night at 9:35 pm to see if UCLA can make it to the Final Four and get beyond the #1 seed Wolverines and add some spice to the semifinal games.

Of course, if bettors aren’t certain about any of these March Madness odds prior to tipoff, hold off for a bit, watch some of the opening minutes of action on any given game, and then lay some action on live betting odds while the clock is running.

The betting at the top NCAAB sportsbook sites we recommend doesn’t stop until all games are final, but it does end eventually, so place your wagers now!