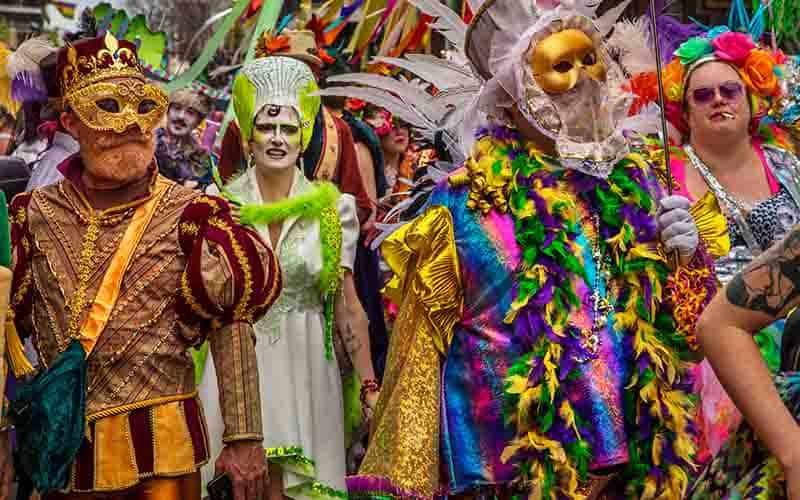 In 2020, each parish in the state of Louisiana was allowed to decide whether sports betting would be allowed in their territory. Most regions opted in for legal sports betting in Louisiana, and shortly after, retail venues opened for business to 21+ patrons.

After months of in-person domestic sports betting operations in Louisiana, revenues and tax collection totals were not making the splash that lawmakers had hoped for.

Until recently, making a bet on sports in LA required gamblers to travel to a brick-and-mortar sportsbook and handle their business in person. Winning bets and their resulting payouts required another trip to the sportsbook if the gambler didn’t hang out at the casino for the duration of the game.

While that scenario may be convenient enough for sports betting in New Orleans or Baton Rouge with their nearby casinos, the same cannot be said for Louisiana’s more remote parishes where travel to a gaming venue is not realistic.

On January 28th, Louisiana debuted mobile sports betting apps that can be downloaded to Apple and Android devices or can be accessed using personal computers or laptops.

With LA sports gamblers now able to wager on pro and college games from anywhere that they choose (inside of legal parishes, of course), the betting frequency picked up immediately.

The state-by-state sports betting revenue reports for January reflected record numbers nearly across the board, largely backed by a month’s worth of wagering on the end of the NFL regular season and playoffs, as well as action laid on the College Football Playoffs and National Championship Game.

While Louisana’s mobile sports betting options may have been too late to the party to capture the 2022 NFL Playoffs and CFP profits, they did debut in time to wager on Super Bowl 56 odds.

Early reporting suggests that Lousiana hauled in upwards of $240 million in sports betting handle during the month of February. That represents an increase of $150 million over their January 2022 totals.

While Super Bowl betting does more wagering business than any other single game each year, action for the remainder of the month of February typically dips until the beginning of March Madness.

With all of those factors considered, the totals reported for February should give LA legislators plenty of hope for the revenue potential going forth.

For instance, Tennessee, a state with 2.2 million more people than Louisiana, reported $170 million in handle for February of 2022.

One edge that Louisiana has over states like Tennessee is its tourism industry where visitors frequent the region to do business with their land-based casinos that often feature Vegas-like entertainment.

An interesting side note regarding LA’s revenue in February is that it was enhanced by the largest mobile bet ever placed in the history of sports betting – and it was a losing wager where all proceeds went to the house.

Mattress Mack – aka Jim McIngvale – bet $4.5 million that the Cincinnati Bengals would beat the Los Angeles Rams in Super Bowl LVI. Mack lives in Houston, Texas where domestic sports betting is not legal so he had to travel across the Louisiana border to place the mobile bet on the Bengals to win.