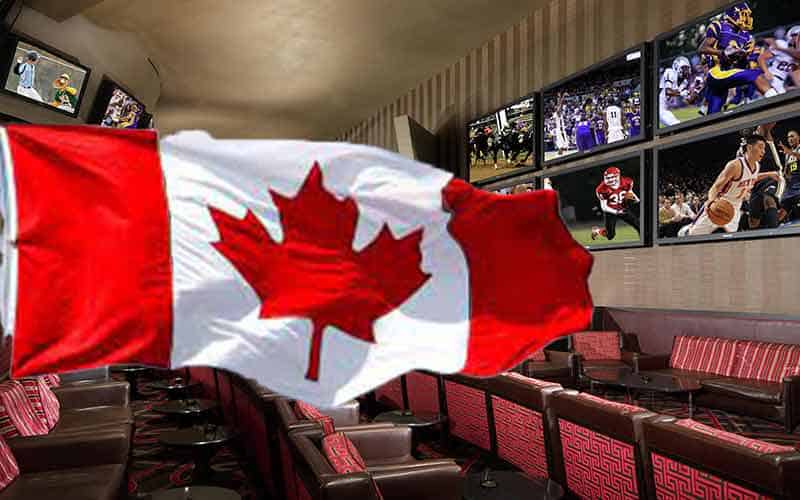 Legal sports betting in Canada is now closer than ever as yesterday the Senate passed Bill C-218 which will allow for single game wagers to be placed.

Estimates of over $5 billion in potential annual sports betting revenue in Canada have been forecast, and capturing those dollars from offshore sportsbook sites is the driving force behind this bill’s passage.

International sports betting websites that operate outside of Canada’s borders are not subject to CA laws, and thus, they are able to accept bets on sports over the web without violating any existing regulations.

While there is no official tracking data for the amount of revenues that offshore sportsbook sites are collecting from Canadian bettors, the information provided by regulated states in the USA reveals an overwhelming majority of action occurs online, easily squashing in-person collections.

It is inside of that gap between the proceeds collected by retail and online venues that provides an estimate of what kind of business offshore sportsbook sites could be doing, at it appears to be averaging in the 8 figure range per month for most US states.

Although the bill has been approved by the Senate, it now needs to be passed with identical language in both the Senate and the House in the Canadian Parliament in order to qualify for royal assent, which is the execution of the Governor General or another designated government official.

Although the bill language is sparse, it can be assumed that betting on the NHL will be among the options as it is the most popular sport in the country. National Hockey League officials have publically backed the bill and are optimistic about its passage and are hopeful that sportsbooks will be in operation in time to take bets on the 2022 season.

Arguably the second most popular sport in Canada is the Canadian Football League, but the COVID-19 pandemic and the strict conditions that CA has imposed has the league looking at a potential merger with the fledgling XFL.

While all talks about a potential XFL-CFL merger have gone dormant from a public perspective, negotiations seem to be ongoing between both leagues, with the most recent announcement including confirmation of a non-disclosure agreement being in place for both parties.

When the league does return, whether merged with the XFL or not, betting on the Canadian Football League is sure to garner major attention across the country.

What will be interesting to keep an eye on is what events will be allowed in these single game sports bets in Canada. The bill mentions “betting on a race — other than a horse-race — or fight, or on a single sport event or athletic contest,” so we can assume that betting on boxing and wagering on UFC fights will be a part of the action, but there is no word on collegiate or amateur sports.

We expect standard game lines that include point spreads, moneyline odds, and the over/under, but what about prop bets? The language does seem to suggest that futures odds will be off the boards, but the bill will be amended several times before its eventual passage.