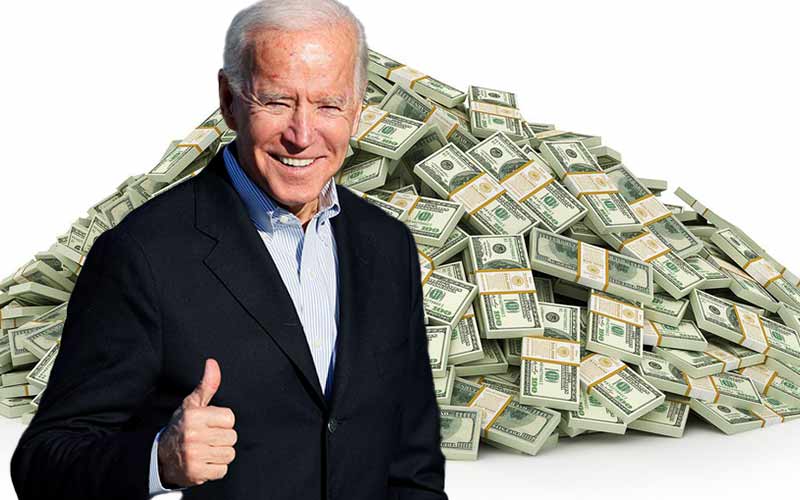 In the face of certain defeat, President Donald J. Trump has yet to concede to President-Elect Joe Biden, and it has caused difficulties at political betting sites that are trying to decide when and how to payout bets made on the 2020 Presidential election.

No one has ever received more votes in a Presidential election than Joe Biden did in 2020. Impressively, Donald Trump received the second-most votes of all time, in what will definitively go down as one of the more memorable and historic campaign cycles.

The record amounts of votes cast on November 3rd were matched by the enormous amount of action taken in on the 2020 Presidential Candidates’ odds at offshore sportsbooks.

One of the largest political sportsbooks in existence is Bovada, and their intake for the 2020 Presidential election is the most that they’ve brought in on any single event in the history of their existence.

That includes major events like the Super Bowl and World Cup Soccer which command worldwide attention, with online betting sites leaning upon them for their routine high levels of revenue intake each time they occur.

There’s only one problem. President Trump has not conceded the election and Joe Biden has not been certified as the next POTUS, meaning that Bovada cannot close out the betting line and payout winners. No election winner has been declared.

If Trump’s legal challenges in battleground states gain leverage and award him a second term, then the payout will result in the largest loss ever experienced by the online sportsbook giant.

While Bovada is no longer taking bets on Trump vs. Biden, many sportsbooks still have lines on the board and are relishing the increased action. Bettors that log in to place a wager tend to stick around to see if any other odds are worth betting on, and Trump odds are as attractive as they get.

Assuming Trump does indeed concede and return to life as a private citizen, you can bet that sportsbooks will miss the extra attention they received during his tumultuous campaign and tenure in the Oval Office.

Based on this, we expect Trump political prop bets to remain on the boards at online betting sites until at least the 2024 Presidential election, or until he declares that he will not seek another term.

These contested Presidential election results are also hurting sports bettors that wagered on either side. With assets frozen and no deadline in sight for a resolution, bettors are likely to refrain from risking any further bankroll.

While Biden and Trump’s odds are no longer available to bet on at Bovada, there are still political betting lines for 2024. One line that has also been removed included odds on who would be the President on Inauguration Day in 2021.

Political bettors that laid some action on House Majority Leader Nancy Pelosi are biting their nails right now, because if Trump’s court battles extend beyond January 20th, all bets placed on her will pay off big when she gets sworn in as the next President of the United States.

There’s still a few weeks until the country crosses that bridge, but until then, Bovada and other sportsbooks will remain optimistic and keep their focus on a Trump concession, and the record levels of profit it will produce for them.