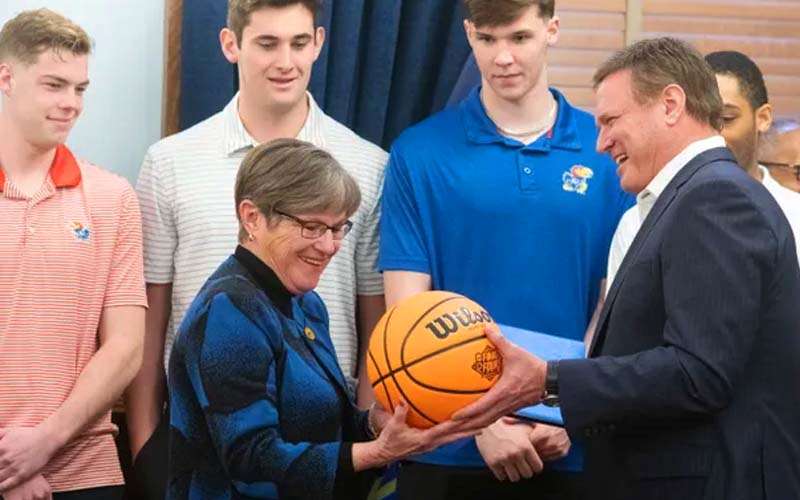 Kansans were greeted with an exciting announcement on Monday morning after Gov. Laura Kelly performed a ceremonial signing of the state’s historic new sports betting laws.

After all the news outlets had completed their photo opportunities, the Governor took some time to address the progress on sportsbook licensing and launch preparations. According to her, proceedings are going exceptionally well.

Prior estimates gauged a January 1st start date for Kansas legal online sportsbooks. But things seemed to have changed—and for the better.

At the signing, Gov. Laura Kelly told bettors that her office anticipates a proper in-state kickoff sometime this Fall. The sooner that operations go live, the sooner that the state can begin collecting its cut of the revenue.

As stated in prior coverage of the Kansas sportsbook legalization journey, the state’s framework for revenue is very different from that across the rest of the country.

In an effort to attract a new professional sports team to the state, Kansas will pool 80% of its domestic wagering taxes in a dedicated fund. The remaining 20% will go toward funding projects for education and public roads.

Earlier rumors suggested that the inclusion of a measure to attract a sports team was informed by a claim that the Kansas City Chiefs were leaving Missouri. Some even argued that lawmakers were sticking their necks out trying to poach the Chiefs.

However, Gov. Laura Kelly used her platform at the Monday ceremony to get ahead of the gossip. Very plainly, she explains that the projected state sports betting revenue will not be enough to secure the attention of such a massive franchise.

“I have never approached the Chiefs, nor has anybody in my administration…Quite honestly, the amount of money that this bill would generate and put into that fund would not come close to being what you would need to be able to attract a major league team.”

With or without a Chiefs relocation, Kansas bettors are going to have an interesting fall football season. Still, we would like to offer new players a word of caution.

Problems With A Fall Kickoff

Newly legal sports betting states have yet to show genuine concern for the mistakes of their predecessors. Rather, they have continued to push forward for early openings and temporary orders.

The urge to accelerate licensing procedures is understandable. With the massive revenue figures generated by the NFL and NCAAF, some worry that forgoing fall betting is a disservice to the community.

But if we have learned anything from Colorado’s groundbreaking sportsbook audit, it is that patience pays off. Moreover, mistakes made at the regulatory level often prove difficult to correct.

For more information on sports betting legislation across the US, head over to our ribbon and the top.