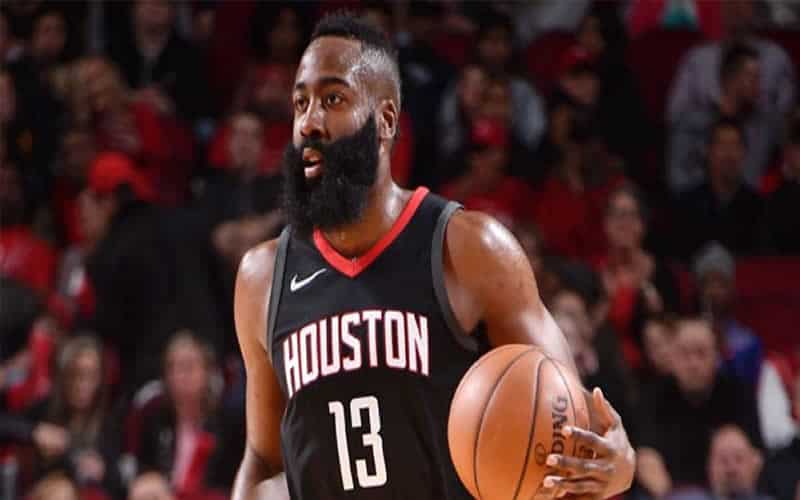 James Harden was born on August 26, 1989, in Los Angeles, California. His full name is James Edward Harden, Jr., but he refuses to acknowledge the junior part based on his tumultuous relationship with his father.

Harden’s father was in the Navy at the time of his son’s birth and then was in and out of jail due to drug problems. His mother, Monja Willis, worked as an administrator for AT&T.

Harden was an eccentric youth with a passion for athletics. He was on the shorter side growing up and also suffered from asthma, but that didn’t stop him from playing basketball on the local courts every day.

James was eventually moved out of his Rancho Dominguez neighborhood by his mother to get away from the crime. He enrolled at Artesia High School in 2003 and fell in with the basketball program.

By the time he reached his junior year, Harden had grown several inches and developed a solid left-handed jumper. Scott Pera, his coach, knew that Harden had potential as a leading man, but he was somewhat reserved, at least around his coach.

Harden finally stepped up to the plate and helped his team to a state championship in the 2005-2006 season. They repeated as champions the following year and Harden’s stats continued to increase. Harden’s AAU team, Pump-N-Run Elite, went to the 2006 Las Vegas Adidas Super 64 Championship. His team beat the Southern California All-Stars, which featured a young Kevin Love, to win the final.

When it came time for college recruitment, Harden ultimately chose Arizona State. His former coach became an assistant for the basketball team and his mother was moving to the Phoenix area. Arizona State was projected to finish 9th in the PAC-10 conference Harden’s freshman year. However, his 17.8 points, 5.3 rebounds and 3.2 assists helped the Sun Devils finish 5th.

During his sophomore year, Harden began to accrue public notoriety with an appearance on Sports Illustrated’s college basketball preview issue. He won the PAC-10’s Player of the Year award at the end of his sophomore year with averages of 20.1 points, 5.6 rebounds, and 4.2 assists. Instead of staying for his junior year at Arizona State, Harden opted to enter the 2009 NBA Draft.

The Oklahoma City Thunder selected James Harden with the third overall pick in the draft. He broke out into the league during his rookie year, especially for his 3-point shooting ability.

Harden had the fourth-highest 3-point shooting percentage for a player under 21 and set the record for most consecutive 3s made by a rookie. He ended up being named to the NBA All-Rookie Second Team.

His second year saw his numbers increase as well as his value. Harden was a sparkplug off the bench and helped get the offense going when young stars Kevin Durant and Russell Westbrook were slow.

The next year he won the coveted NBA Sixth Man of the Year Award, which goes to player exactly like Harden—someone who comes off the bench and makes an impact.

In his last year with the Thunder, Harden helped them reach the NBA Finals against the Miami Heat. The Heat defeated the Thunder in 5 games, but Harden still had a positive impact.

The subsequent offseason was the chance for Harden to make a big decision. Oklahoma City attempted to offer him a contract extension, but he felt they were lowballing him. He ended up being traded to the Houston Rockets along with several of his teammates. The Thunder received a few players and some draft picks.

The Rockets saw the potential in Harden as a leading man and quickly signed up to a long-term offer. In 2013 he made his first All-Star selection and scored a career-high 46 points against his former team. His first season with the Rockets was his best. He averaged 25.9 points, 4.9 rebounds, and 5.8 assists.

The following seasons saw his numbers explode at an exponential rate. He kept having games with 30+, 40+ and even 50+ points. He helped the Rockets to the Playoffs in the 2014-2015 season and had a triple-double in the Clippers series.

He scored a career Playoff-high 45 points in the Western Conference Finals against the Golden State Warriors. Unfortunately, a poor performance cost him the series.

Harden set a franchise record for most triple-doubles in a season and racked up multiple Player of the Week honors. Harden became the fourth player in NBA history to have consecutive games with at least 40 points, 10 rebounds, and 10 assists.

At the end of his momentous season, Harden became the first-ever player to finish the regular season with at least 2,000 points, 900 assists and 600 rebounds. The Rockets lost in the Playoffs to the San Antonio Spurs. Despite the loss, fans, including those enjoying Houston sports betting action from the team’s home town, remain faithful to their team and to Harden.

The following year, Harden signed yet another extension (Houston wants their franchise player to stay) and received the richest contract in NBA history–$228 million guaranteed. The Rockets signed Chris Paul from the Clippers, finally giving Harden some help alongside Trevor Ariza.

Houston was one of those teams that had such potential and always crashed out in the postseason. Now, Harden is confident that his squad has the potential to win an NBA Championship.

This basketball super star is an elite scorer. There is simply no denying it. However, his defense has often been criticized for being lackluster. If you look at the game footage it is easy to see that analysts are right in their critiques.

Harden took some time to work on his defense and some believe it has helped catapult the Rockets to where they are today. They finished the 2017-2018 regular season as the #1 seed in the Western Conference.

Keep in mind, this is a conference with the Golden State Warriors. Harden has ensured that the Rockets are on the radar of all fans who are enjoying legal NBA betting action.

The Man Behind The Beard

While he has finally achieved the spotlight he so rightly deserves, Harden is still a modest person. He works with the community by hosting charity basketball games to raise money.

He also helped with the Hurricane Harvey relief after the devastating storm rocked the Houston area. The Rockets have yet to win a championship with Harden, but their time may be coming soon. No matter what happens, Harden has established himself as one of the best to ever grace the court.