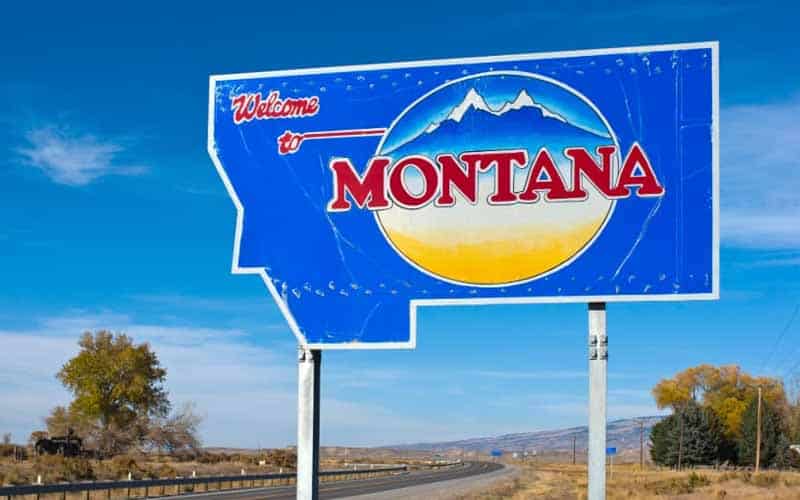 Montana became the ninth state to legalize sports betting and the first of 2019 on Friday, May 3 when Governor Steve Bullock signed H 725 into law.

Under the new law, the Montana Lottery will oversee all sports wagering and become the state’s sole licensed sportsbook that will be allowed to operate in bars and restaurants across the state.

Kiosks and mobile wagering will be set up to offer the service but all bets on sports will be restricted to inside the licensed establishments.

Officials from the state lottery said they expect to see $65 million in wagers during the first year, generating around $3.7 million in new tax revenue for Montana. By 2023, those numbers are predicted to rise to $87 million and $5.4 million, respectively.

The bill was sponsored by Democratic Rep. Ryan Lynch, who said he was happy to see it signed quickly since the goal was to pass the legislation so it could be offered in the state by September — just in time for football season.

“It’s a good day for Montana to be able to see sports betting in the marketplace,” Lynch said, according to the AP. “I think Montanans will enjoy the new aspect of watching sports for entertainment as well as betting on it.”

John Iverson, executive director of the Montana Tavern Association, said while gambling on sports isn’t expected to bring in a substantial amount of revenue, the value it brings to a business will definitely be noticeable.

Gov. Bullock had two sports betting bills to choose from and chose the sign the lottery bill instead of the one that would have set up a free-market and have allowed licensed sportsbooks to be run by private businesses.

When asked why he chose to veto the free-market bill and sign the state lottery bill instead, Bullock said he chose the latter because the state lottery is already heavily regulated and ensures the process of operating a sportsbook is completely transparent.

And while the free-market model would create more competition, his fear was that companies and corporations with the most money would push out competitors, fragmenting the market and generating less tax revenue in the long term.

“A new market like this cannot support sports wagering under both systems at once,” Bullock said. “For the market to succeed, Montana needs to enter the sports wagering market conservatively.”

However, the governor didn’t rule out the possibility of the free-market approach to sports gambling becoming legal in the future.

“If, in two years, the market can tolerate more entrants, then I fully expect the legislature will revisit whether a second model is prudent for our state,” added Bullock.

Colorado lawmakers also passed a bill on Friday, which will put a question on the ballot this fall on whether the state should legalize wagering on sports.