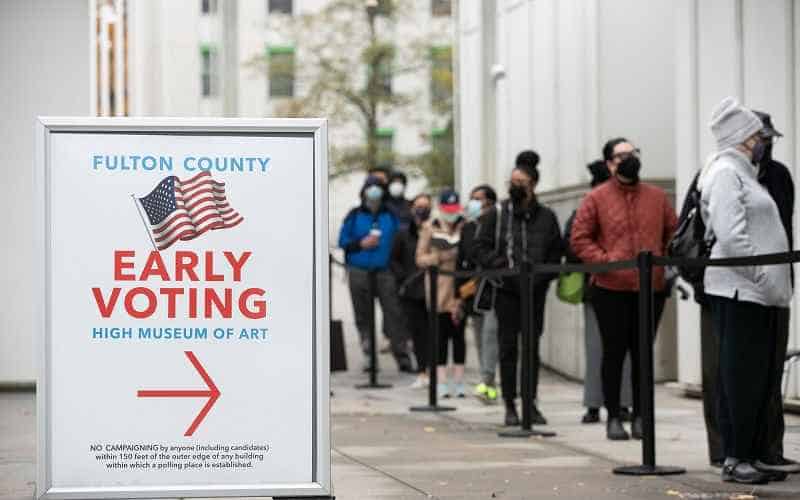 The colors red and blue have been used for decades as an indicator of what direction a region has voted. Red indicates conservative or Republican support, while blue signifies that the territory leans left and supports the Democratic Party.

Today, Georgia appears to be moving toward the left as the state’s shade of crimson is becoming purple. Just last week, both Kelly Loeffler and David Perdue held significant leads in the polls and in the political betting odds.

Loeffler is now facing intense scrutiny because she allegedly sold off stocks after hearing about the impact that COVID-19 would have on the US economy in a classified White House briefing.

A recently released tape containing a conversation between Donald Trump and the Georgia Supervisor of Elections has not helped the cause of David Perdue and Loeffler. In the call, Trump appears to be seeking aid from the Supervisor to help him secure their Electoral College votes, and the impact is now being felt in the GA Senate runoff races.

Perdue seems to have received some residual negativity from Loeffler’s stock trade controversy, as his certain victory and re-election chances now appear to be in doubt if you believe what the political betting odds are telling us.

Both Jon Ossoff and David Perdue have money line odds in the negative, indicating that each of them has a solid chance of winning the Georgia Senate election, as both options will require bettors to risk more bankroll than the house.

One thing to keep in mind if you are interested in betting on these US Senate elections is that you cannot do so with a sportsbook located in Georgia. They don’t exist, and although there appears to be interest in the state legislature, they could be years away from breaking ground.

The only legit option for betting on the Georgia Senate elections, or any political election in the entire United States, is using one of the top political betting sites that we recommend on this site.

These international sportsbooks have long been a stronghold for betting on politics because domestic books have traditionally held off from offering election odds. There’s no federal or state law in place stating that it is a crime to offer betting odds for political election outcomes, but Las Vegas and other domestic sportsbooks have laid off all the same.

Some Vegas casinos offer odds on political races but do not accept bets on them. They are produced to bring attention to their betting venues and attract business to their other lines on sports.

That’s not the case when dealing with offshore sportsbooks over the web. They’ve got the political betting market cornered and are able to cover any election that draws enough attention.

While these two GA races are hot and dominating the headlines, once the election is over, bets can no longer be made on who will fill the two US Senate seats. Just like when betting on sports, live action can only occur in-season, and the political betting season will be taking a “yuge” break after today.