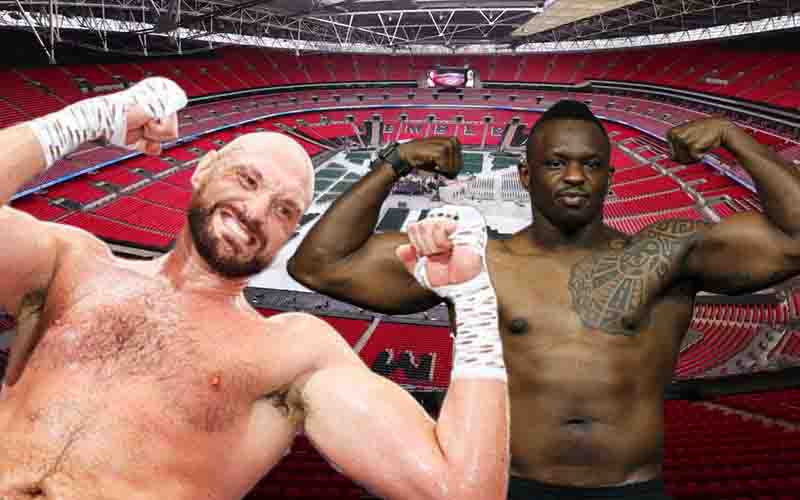 This Saturday night, heavyweight boxing fans will be treated to 2022’s first major bout when Dillian Whyte and Tyson Fury trade shots at a packed Wembley Stadium in London, England.

Upwards of 95,000 fans are expected to be in attendance to see this heavyweight championship fight that marks the return of Tyson Fury to the professional boxing ring following his trilogy of matches with Deontay Wilder.

Odds for betting on boxing have been posted online that suggest Tyson Fury is an overwhelming favorite to remain undefeated and remove the interim WBC Champion status from around Whyte’s waist.

A bet of $5.60 will be required to earn a dollar by wagering on Tyson Fury to outright win the fight.

The above Fury vs. Whyte betting line also implies that the fight will end during the tenth round or earlier, indicating that Fury will beat Whyte via a knockout, TKO, or disqualification. That outcome is further cemented in the following boxing prop bet.

Dillian Whyte vs. Tyson Fury – Will The Fight Go The Distance?

Whyte currently holds the interim WBC Championship while Fury is the acting WBC Champion and also holds The Ring Heavyweight Championship. The winner of this fight will walk away with both belts.

The following Fury vs. Whyte tale of the tape reveals a 5″ height advantage for Tyson, as well as a staggering 7″ reach superiority that will serve to keep Dillian at bay.

What is also evident by the boxing betting odds is that any wager placed on Dillian Whyte’s odds to win will result in huge gains. For instance, the following Tyson vs. Whyte prop is tempting online gamblers with moneylines that payout between $4.50 and $25 for one dollar wagers on any outcome where Fury doesn’t win.

Most major online sportsbooks listed among our sports betting site reviews are also offering Fury vs. Whyte odds via their prop builder apps that can be catered to each gambler’s personal taste.

A nice perk of being a member of a premium offshore boxing betting site is that they also post intriguing custom props that their patrons have requested and allow others in on the action.

Here are a few examples of member-requested boxing prop bets for Fury vs. Whyte.

Following Fury vs. Whyte, the next major wagering opportunity will likely involve celebrity boxing betting as Tyson will need months to recover after Saturday’s fight.

The reason? Fury is really the only big-time draw in professional boxing now that Floyd Mayweather has retired. Perhaps Whyte will shock the world and begin a new trilogy of epic bouts?

Otherwise, fans and bettors can look toward a potential Fury vs. Oleksandr Usyk title unification bout. Let’s hope so for boxing’s sake.