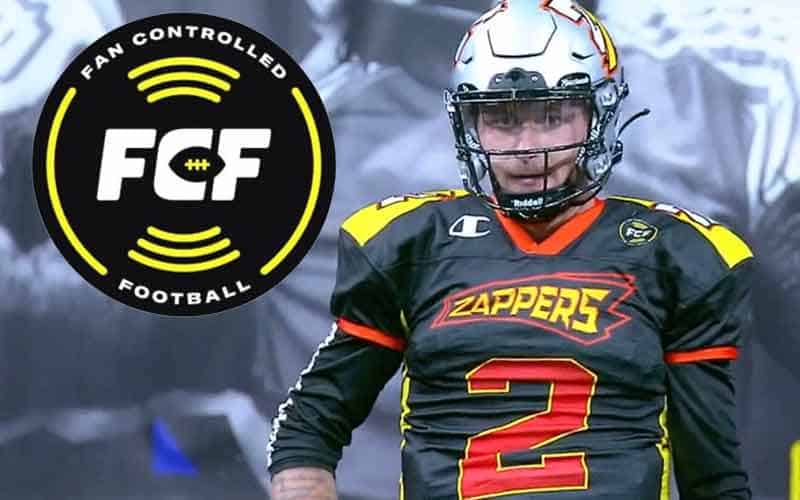 Our staff was beginning to wonder if sportsbooks were going to take notice of Fan Controlled Football (FCF), the burgeoning pro football league that allows spectators to make the play calls.

FCF became known to American sports fans in the spring of 2020 when the league announced their intentions to begin operations the following year, but the nation first began to take notice when they signed former first-round NFL Draft pick and Heisman Trophy Winner, Johnny Manziel.

The announcement came at the same time that the second reboot of the XFL was occurring, and once COVID-19 shut down all sports in 2020, FCF became an afterthought.

This weekend’s games will mark the third week of the 2021 FCF Season, and now, pro football betting sites have produced betting odds for both contests.

Judging by the betting odds above, Fan Controlled Football is as new to online sportsbooks as it is to most spectators as the money lines are identical for all four teams.

That means there are no favorites or underdogs, and all bets will require a wager that is more than the potential payout.

A money line of -115 will require a bet of $115 to earn $100, and that is for two reasons. The first we’ve already covered – online football betting sites are unfamiliar with the players, coaches, and strategies involved, and merely want to provide action for the two games.

The second reason is that by setting the bar so low, bettors can chime in and dictate the lines by laying more action on one side or the other.

FCF will combine elements of eSports betting into their contests by allowing the fans to tune in to the games on Twitch and take part in calling the plays.

Here are some elements of FCF that bettors will need to consider before placing a wager.

There’s a lot to consider with the above options, so it is easy to see why books are hesitant to jump in and provide detailed FCF odds for the point spread and over-under.

The league does seem to have solid ownership behind each team, and the production of betting odds is always a sign of relevance on a national scale.

Only time will tell if the FCF will stand tall and last into a second season and attempt to rival the betting odds on the XFL when they return in 2022.

For now, we’ll leave you with the following details regarding the ownership of each FCF Team, as they feature an interesting collection of pro athletes, celebrities, and eSports executives.