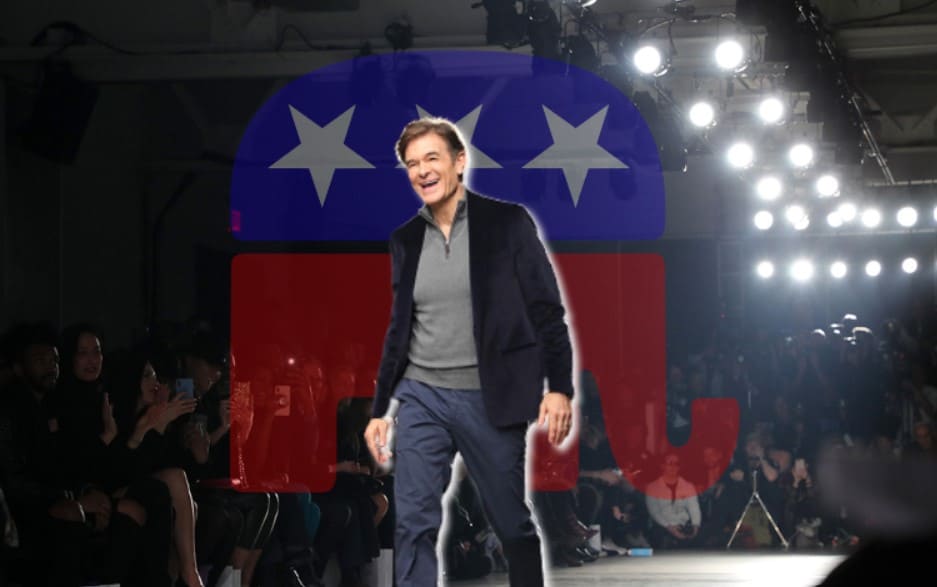 The post-Trump era of political betting odds has turned many of America’s favorite celebrities into congressional frontrunners. While many of these “bids” are mostly rumors and speculation, some personalities have been empowered to take a serious shot at politics.

On Tuesday, Mehmet “Dr.” Oz announced that he would be running for Pennsylvania’s Senate. For many, this bid for candidacy came out of the blue. This is true: it has been many years since the doctor has been able to call the state home.

Even then, it was only for a brief time—during graduate school.

After completing his undergraduate program at Harvard, Oz attained multiple degrees at both the University of Pennsylvania School of Medicine and Penn’s Wharton School.

Since then, Mehmet Oz has spent the majority of his life in North Jersey.

But it seems that the pandemic urged the celebrity surgeon to consider serious life changes. Last year, Oz reportedly relocated back to the state. Oz has now changed his voter registration, acquired new driver’s and medical licenses, and even a concealed carry permit.

Still, a Senate bid seems like a complete 180 for the doctor turned TV star. But that hasn’t hindered his favorability for the seat.

Just a day after Oz’s formal announcement of candidacy, the doctor received a major endorsement from PA Rep. Guy Reschenthaler.

However, the representative clarified that he felt that Oz was the best candidate to ensure a Republican takes the Senate seat. Reschenthaler did not cite any specific policy with his endorsement but added that Dr. Oz’s name recognition created a huge advantage in the race.

And it does. According to Bovada, Oz is the top contender for Pennsylvania Senate.

Who Will Win The U.S. Senate Election In Pennsylvania In 2022?

Nonetheless, some aren’t convinced that Oz is running in good faith. The Senate bid has garnered criticism from across the board. John Colbert of The Late Show argued that Oz had built a “lucrative career as a liar, peddling questionable health advice on TV.”

A spokesperson for the Super PAC Jobs for Our Future alleged that there was something slightly more nefarious going on.

“There’s carpetbagging then there is this guy trying to buy a U.S. Senate seat in a state he doesn’t live in, doesn’t know, and can’t fight for effectively, Oz doesn’t know the first thing about conservative Pennsylvania values and primary voters are about to find out how out of touch he is.”

The 2022 midterm election season has officially kicked off and will certainly intensify from here. For more information on Pennsylvania Senate betting, be sure to visit our Political Prop Bets Guide.