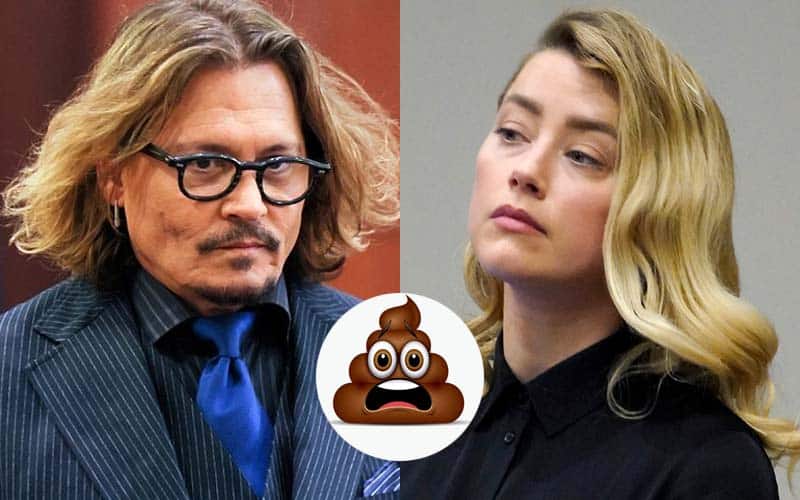 The latest Depp v. Heard odds have made their way to the betting sites that top our legal online sportsbook reviews as the star-studded trial moves into its final week of testimony.

For those who have somehow missed the buzz, Johnny Depp is suing his ex-partner for $50 million over claims of defamation. Amber Heard has since filed a countersuit for $100 million after Depp’s attorney made claims asserting that Heard’s accusations were false.

Still, the judge’s position on the countersuit does not secure a victory for Heard and her team. Public opinion is dense and unwavering in its favor of Johnny Depp. Now that Heard’s legal team has rested its case, Depp will have full command of the courtroom for the remainder of the week.

Even so, Depp’s lawyers will have to surface some serious evidence and/or testimonies if they intend to deal the defendant a finishing blow.

But after months of poop accusations, alarming “sexts,” and bloody finger stumps, it is hard to imagine that there are any stones that have been left unturned.

Legal entertainment betting lines project that Depp will prove victorious in his lawsuit. Here’s what the odds say:

Will Johnny Depp Cry After Hearing The Jury’s Verdict?

It’s more than likely that Johnny Depp will shed a few tears at the end of this lawsuit. Whether or not he wins, the case has been tumultuous and has undoubtedly stirred up a lot of personal trauma. Crying would be the appropriate response in either scenario.

Still, Depp’s demeanor throughout the court proceedings has been focused on composure. He may decide to hold back and wait to display his raw emotions in private.

How Much Money Will Johnny Depp Be Awarded If He Wins The Trial?

When Johnny’s legal aids first filed the case against Amber Heard, the team sought a $50 million payout. The betting line above could be tricky. While the odds are the same for both over and under the $50 million mark, there are no options to choose the exact figure.

If Depp wins and is awarded exactly $50 million, it is unclear which wager would prove successful. However, that could probably be sorted out via a quick phone call with customer service.

Looking Towards The Finish Line

Will Johnny Depp Look At Amber Heard After Hearing The Jury’s Verdict?

The last of these lines address Depp’s refusal to even bat an eye at Heard throughout the duration of the case. During one of her final testimonies, Heard told the courts that Johnny had not even looked at her since the beginning of the trial.

It seems that the outcome of these odds will be dependent on the jury’s verdict. If Depp loses the case, it is a sure bet that he will continue to avoid eye contact with Heard.

But in the event that Johnny Depp wins the defamation suit, we’re sure that he’ll take a glance at Heard. Even if only to catch the look in her eyes after having her world turned upside down.

This could be your last chance to get in on these Depp v. Heard odds. Celebrity divorce betting doesn’t get more lucrative than this.

Be sure to place your bets before the trial ends!