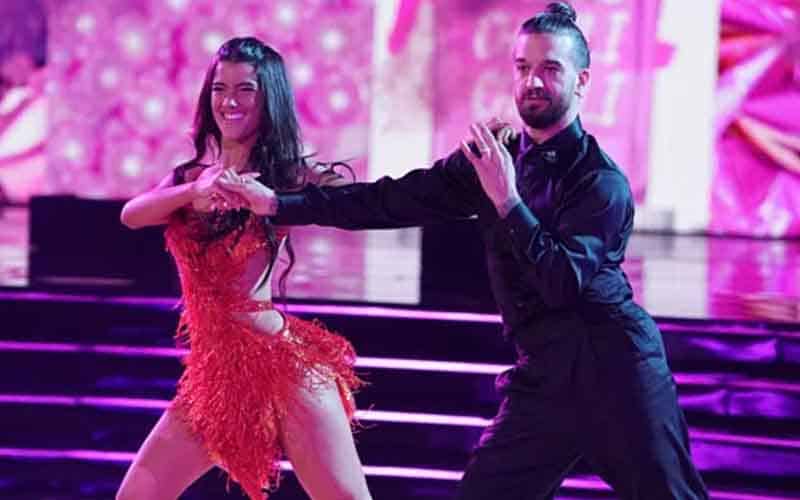 Tonight on Disney+, Dancing with the Stars Season 31 will air its finale episode, awarding the coveted Mirror Ball Trophy to the latest winner.

Odds have been produced for betting on Dancing with the Stars, with TikTok star Charli D’Amelio possessing a moneyline that places her 925 points ahead of her nearest competitor.

Dancing With The Stars 31 Odds To Win

Entertainment prop bets for DWTS have been off the boards since the preseason. Even back before season 31 began, D’Amelio was already the projected winner, but at that time she had a +500 moneyline.

The above two Dancing with the Stars prop bets illustrate a point that we always maintain when writing about the subject of entertainment betting – place your DWTS bets early.

They’re typically only seen just before the season begins and occasionally pop back up around finale time.

The second reason for betting on Dancing with the Stars during the preseason is that the odds are longer and payout at a much higher rate than when gambling on DTWS winners just before the finale episode.

For instance, placing a bet on Charli D’Amelio and her +500 moneyline that was offered on September 9th would reward DWTS gamblers with 5-to-1 net payouts.

Now that the field has narrowed to 4 contestants for the season finale of Dancing with the Stars, D’Amelio has a near-certain winning projection with a -600 moneyline.

That means a bet of $6 will be required to net a dollar in profit on D’Amelio becoming the DWTS 31 champion.

A -600 moneyline translates to an assumed 86% chance of winning. That likelihood is not reflected in user polls where fans have weighed in on who they think should be victorious in tonight’s finale, granting D’Amelio and partner Mark Dallas 34% of the vote.

Sure, D’Amelio possesses the dancing skills to win DWTS 31, but where she gets an edge over her competitors is through the voting public which weighs in much heavier when crowning champions.

D’Amelio has 148.7 million followers on TikTok, and they are much keener on the online voting process than fans of the other DWTS finalists.

If you believe that Wayne Brady, Shangela, or Gabby Windey has a fighting chance at winning tonight, do not hesitate in placing your entertainment bets.

There’s no telling as to when the odds will be removed from the boards, and all three underdog dancers will deliver exponential payouts when compared to the amount wagered.