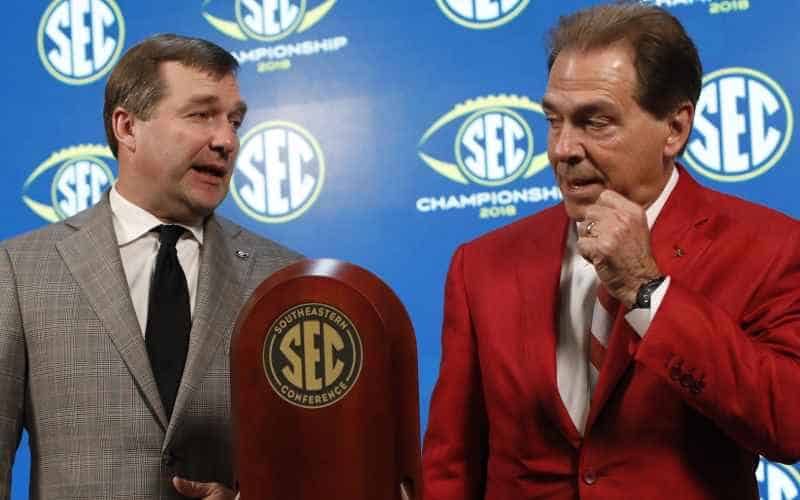 While Week 13 of the NFL season represents an important “pull-away” point for the league’s division leaders and has plenty of bearing on how the NFL Playoffs are likely to shape up, it’s actually not the biggest draw for this weekend’s slate of football action.

That honor actually falls to the NCAA, as each conference championship will be contested for the 2021 college football season.

While we don’t have too many touts for you on the college football betting side (we have more insight into the professional game), we do have a few thoughts worth considering. You can find those under the relevant matchups listed below:

Oklahoma State needs a win to have a prayer of getting in the 2021 College Football Playoff, so expect them to come out swinging. That said, Baylor’s no pushover, and the spread might be a little high. OSU by three.

This one seems about right. App State has a reputation for beating ranked teams in big games. They should cover the spread.

Cincy has to win to maintain its chances to make the CFP. And they should win. Still, the payout straight up is pretty weak, so take the Bearcats to cover.

Georgia all day. This isn’t the Alabama you remember. They’re good, but they’ve had some squeakers this year and seem to be outmatched by the Bulldogs on both sides of the ball.

Of course, Crimson Tide QB Bryce Young isn’t just playing for a CFP berth. If Bama wins, he’ll be (almost) a lock for the 2021 Heisman Trophy.

You know what? We’re taking Wake Forest to win the ACC title. This is a solid team with some real swagger.

Put $10 on the upset here, if for no other reason than the payout’s nice at +320 and the top four could use a shocker to mix things up in the last week of the season. Notre Dame will be watching with considerable interest.

Chargers straight up. Herbert’s due.

Never bet on the Dolphins.

Neither team can ever be trusted.

Falcons to cover (but Bucs to win).

Jaguars for the massive upset. LOL.

Lamar Jackson is the most overrated player in the league, but the Steelers are 5-5-1. This game is anyone’s guess.

Chiefs to cover. Mahomes seems due for a 4 TD, 450-yard eruption.

We’re not touching this one.