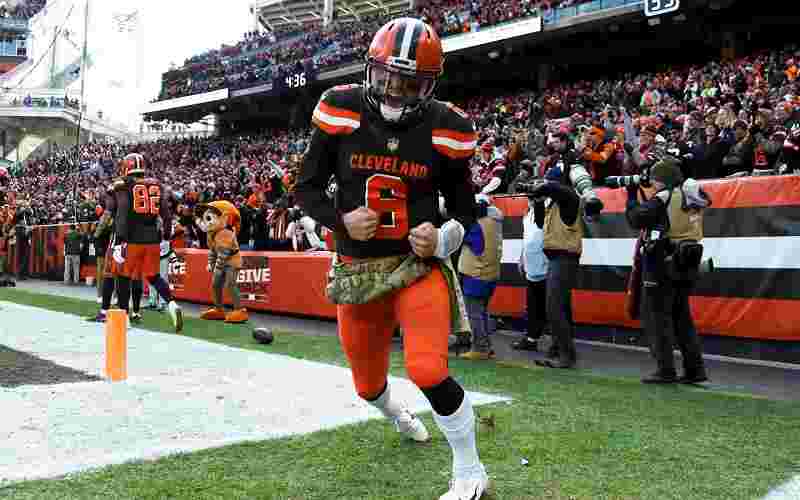 The once undefeated Pittsburgh Steelers have dropped their last three games and now possess an 11-3 record with two games left to go in the 2020-21 NFL season.

The Steelers put in 11 games’ worth of hard work and won all of them, securing up an NFL Playoff spot in the process. No one can take that away from them.

In the National Football League, the level of play and athleticism is so high that just a few errors from the top team can cause them to lose to a bottom-dweller. That’s why Pittsburgh had no reason to hit the panic button after losing to the Washington Football Team in week 13.

A week 14 loss to the Buffalo Bills was troubling, but they’re a top team in the AFC and just clinched their division. The most recent loss to the lowly Cincinnati Bengals should concern any Steelers fan that was hoping for a Super Bowl run this year, as they have now opened the door for the Cleveland Browns to win the AFC North Division.

Have a look at these AFC North futures provided by Bovada.

Depending on how you feel about the Pittsburgh Steelers and their chances going forth, you might want to get in on Cleveland’s NFL Playoff odds. Here’s why.

In week 16, Cleveland plays the New York Jets, who they should easily handle. Pittsburgh plays the Indianapolis Colts, who are the current #5 seed in the AFC.

Here’s the kicker. The Steelers travel to play the Browns in week 17, and that game will determine the winner of the AFC North if the Colts can manage to defeat Pittsburgh this weekend. NFL betting lines for the Colts vs. Steelers have yet to appear on the boards, likely due to the rocky nature of Pittsburgh’s on-field product at the moment.

Our staff has put together an NFL Playoff Picture Bracket that is based on a variety of NFL futures and game lines, and the outlook is not good for Pittsburgh. Have a look for yourself. 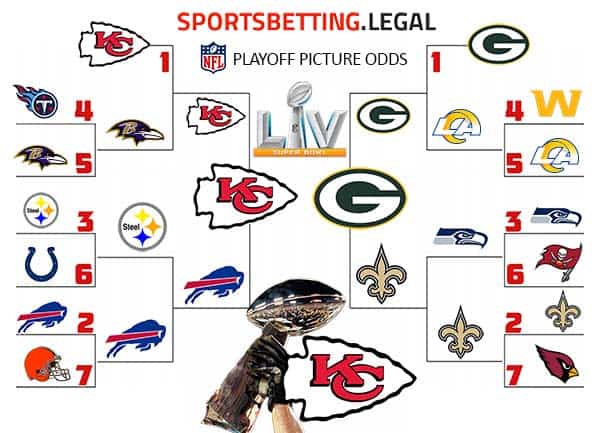 The Steelers are predicted to meet and lose to Buffalo in the divisional round of the 2020-21 NFL Playoffs. Making it to the final 8 remaining teams in any given NFL season can be considered successful, but when you start 11-0 and research the teams that started that hot in the past, anything less than a Super Bowl championship equates to failure.

The above projections assume that Pittsburgh defeats the Browns in the final week of the season and secures the AFC North crown. Our staff is not confident in that result and believes that the Colts have a strong chance of taking down the Steelers this weekend for their fourth loss in a row.

With all of this attention directed towards Cleveland and Pittsburgh, perhaps there is another AFC North team that is benefitting from going under the radar. We’re looking at you, Baltimore Ravens.

Back when the Ravens were 6-5, fans were hitting the panic button but oddsmakers held steady with their belief that they would make the playoffs. Although they were hovering close to .500 at the time, Baltimore’s remaining 5-game schedule was incredibly weak, and they appear to be delivering on their promise as they are poised to go 11-5 and qualify for the playoffs as a wild card.

NFL bettors should keep their eye on Baltimore as they’ll be entering the 2020-21 NFL Playoffs at full strength and on a 5-game tear. They’ll be looking to avenge their playoff loss to the Tennessee Titans from last year and deliver on the Super Bowl potential that they were granted by NFL sportsbooks in the preseason.