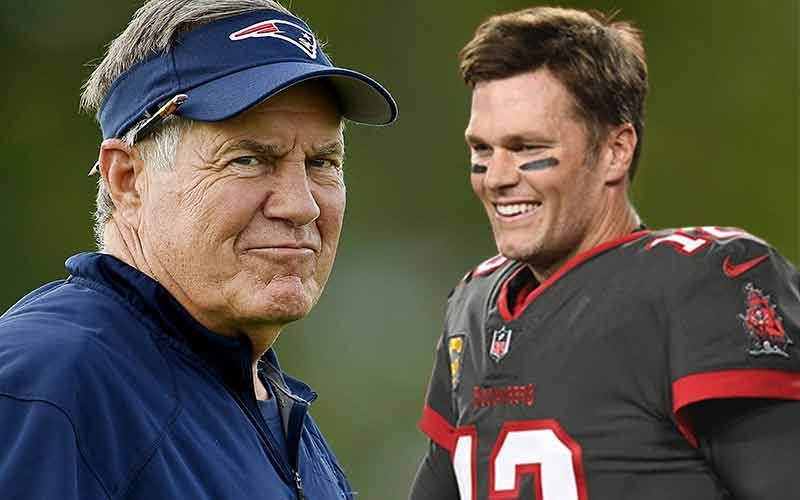 Week 4’s edition of Sunday Night Football features a rivalry for the ages as the Tampa Bay Buccaneers look to rebound from their loss to the LA Rams and earn a victory against the 1-2 New England Patriots.

Buccaneers quarterback Tom Brady and tight end Rob Gronkowski look to hand a loss to their old head coach who is trying to renew the Patriots franchise by ushering in rookie QB Mac Jones out of Alabama.

The odds for betting on the NFL and their marquee Sunday night matchup is currently favoring the Bucs to win by a touchdown, and considering how inept New England looked on offense against the New Orleans Saints last weekend, perhaps that spread is not wide enough.

While the Mac Jones experiment in New England has led to mixed results up to this point, his performance has been no better or worse than any other rookie quarterbacks in 2021-22.

However, when compared to the numbers that 44-year-old Tom Brady is posting in Tampa, Jones is falling well short of even the most modest expectations.

Jones, while not performing horribly, does find himself in the bottom handful of starting quarterbacks in the league based on current statistical totals.

Brady, even at the age of 44, ranks second overall out of all current NFL QBs, and would top the league if not for the freakish early-season performance of Las Vegas Raiders’ quarterback Derek Carr.

The above betting line projects out to a final score of Tampa Bay 28, New England 21 when combining the NFL point spread and the over/under.

Betting on the Tampa Bay Buccaneers to win will yield a dollar for every three risked, and on the Wednesday prior to the onset of Week 4, that appears to be a pretty safe wager.

The importance of this game is not lost on Bill Belichick, and his craftiness has earned his team victories over more talented squads in the past.

That said, betting on the Patriots moneyline for Sunday night will net sports gamblers $2.50 for each dollar wagered, but keep your eyes peeled because we expect those odds to increase as the game draws closer to kickoff.

As mentioned earlier, Mac Jones’ struggles should not cause excessive concern for Patriots fans because rookie quarterbacks across the league have exhibited plenty of room for improvement.

Those first-year starters include Zack Wilson of the New York Jets, Trevor Lawrence of the Jacksonville Jaguars, and Justin Fields of the Chicago bears.

Arguably the best performing rookies of 2021 so far are Trey Lance of the San Francisco 49ers and the Houston Texans’ Chris Mills. Lance has been electric in his limited snaps, and Mills showed some potential against the Carolina Panthers last Thursday night.

Coach Belichick expects results from all players on the field, so Jones could take a seat on the bench if the New England offense doesn’t start routinely placing more points on the scoreboard. That said, Sunday night would be the perfect opportunity for Jones to step out and show the world what he can do.