2020 election odds favor Trump over Biden after Sanders drops out 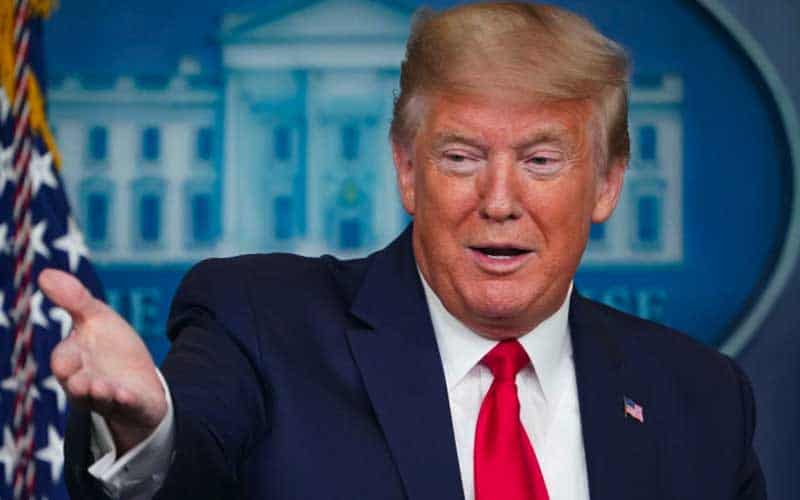 It’s unofficially “Donald Trump vs. Joe Biden” for the head-to-head, winner-take-all White House bout on November 3, 2020, but who’s the best bet to win the presidency?

Trump has held the top spot at sportsbooks for almost the entire election cycle and reopens today as the clear favorite over Biden, according to the 2020 political betting odds from Bovada.

Odds to win the 2020 US presidential election

Bernie Sanders suspended his 2020 presidential campaign on Wednesday, April 8, which clears the path for Joe Biden to receive the Democratic nomination.

Today I am suspending my campaign. But while the campaign ends, the struggle for justice continues on. https://t.co/MYc7kt2b16

“Over the past few weeks, Jane and I, in consultation with top staff, and many of our prominent supporters, have made an honest assessment of the prospects for victory,” said the Vermont senator during his live stream. “If I believed we had a feasible path to the nomination, I would certainly continue the campaign. But it’s just not there.”

Sanders started strong in the early primary states and won the most votes in the first three contests. However, Biden’s blowout victory in South Carolina convinced other Democrats to drop out and endorse him—catapulting the former VP to several upsets three days later, based on sportsbooks’ Super Tuesday odds. Sanders would never recover and was down by more than 300 pledged delegates when he suspended his campaign.

Election Day 2020 is less than seven months away, but whether the congoing coronavirus pandemic is over by November 3 will likely determine which candidate wins the presidency.

Legal US sports betting markets have taken a massive pounding ever since Trump declared a national emergency, and leagues postponed or canceled all upcoming games and events in an effort to limit the spread of the viral disease.

Unfortunately, the state-licensed operators continue to be shackled by the chains of pointless archaic bureaucracy. The latest proof comes from West Virginia, where FanDuel offered 2020 election odds for a whopping 15 minutes before the WV Lottery cracked the state’s constitutional whip.

For now, the one-vs-one general election matchup between Biden and Trump is expected to see the most significant wagering handle of any political event in history.

With little to no sports available, you can bet sportsbooks are already treating the GOP vs. Democrat matchup like it’s the Super Bowl. Look no further than the new presidential prop bets featured below, which details both candidate’s odds of winning the crucial swing states in the 2020 election.