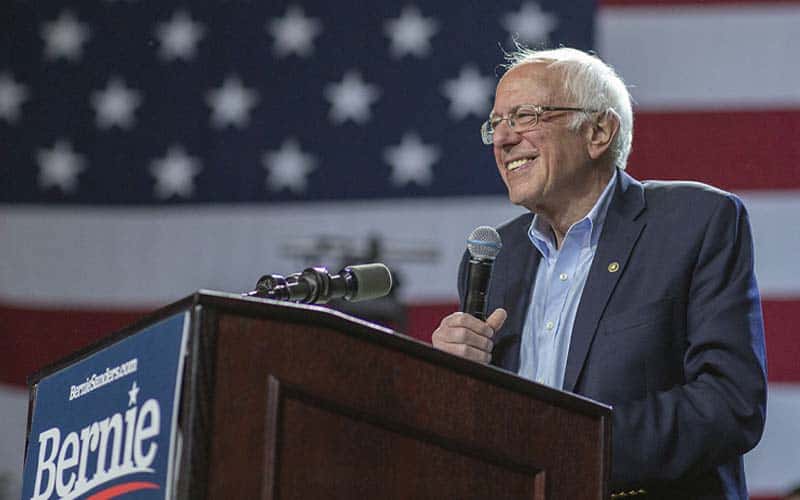 Super Tuesday will be the most important day of the 2020 Democratic presidential primary for the remaining candidates hoping to face off against President Donald Trump in the fall.

On March 3, five Democrats—Bernie Sanders, Joe Biden, Mike Bloomberg, Elizabeth Warren, and Tulsi Gabbard—will compete for the 1,357 delegates up for grabs in 14 states, plus the American Samoa caucuses and the Democrat Abroad primary.

Sanders received the most votes in the first three early primary states, but after Biden’s convincing win in South Carolina—where he was the odds-on favorite to win—the former Vice President has increased his chances across the board on Super Tuesday.

But with all that being said, the oddsmakers at Bovada sportsbook are still feeling the Bern tomorrow.

Sanders is favored to win eight of the 14 states on Super Tuesday while Biden is projected to win six contests, according to the legal betting odds.

To learn how to read odds or place a wager on politics legally, check out our Political Betting Guide. For now, here are the betting odds for each of the 14 state Democratic primary elections on Super Tuesday.