Betting On The New York Giants vs. Seattle Seahawks – Can Geno Continue His Hot Streak? 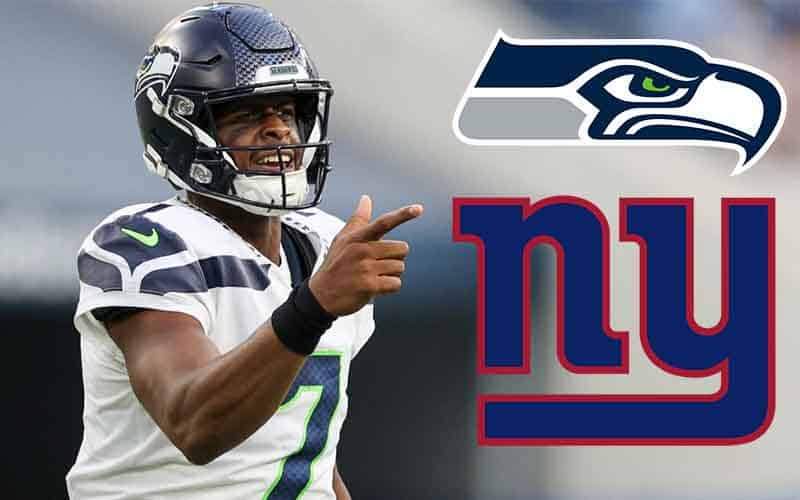 When the 2022-2023 season began, NFL betting sites were not granting the New York Giants or the Seattle Seahawks much of a chance for success.

Both teams were projected to finish in the basement of the NFC, and no one outside of their respective fanbases disagreed with that assessment.

Flash forward to Week 8, and suddenly, this matchup carries with it heavy playoff implications for both franchises.

The Seahawks are 4-3 and currently rest atop the standings in the NFC West Division. The New York Giants have started off hot, winning six of their first seven games, and are a half-game behind the NFC East-leading Philadelphia Eagles, arguably the most dominant team in the NFL at the moment.

This Sunday at 4:25 PM, the Giants will travel to Seattle in hopes of keeping pace in their division, but the NFL point spread of +3.0 places them as a field goal underdog on the road.

While the New York Giants have rallied behind a 100% healthy Saquon Barkley, the Seahawks have come together under head coach Pete Carroll and are winning as a team.

Journeyman quarterback Geno Smith can no longer be considered a game manager, as his statistical output places him among the league’s top passers.

Smith, who entered the league as a second-round draft pick of the New York Jets in 2013, was not considered an elite passer. As of Week 8, Smith sports a 73.5% completion percentage which places him at the top of the NFL in that category.

Despite the fact that the Seahawks are the current division leaders and hold the edge in the point spread over a quality team like the New York Giants this weekend, the futures odds posted at online NFL Playoff sportsbooks are not projecting them to win the NFC West.

The +500 NFL moneyline that has been offered for the Seattle Seahawks to win the NFC East in 2022-2023 will net gamblers 5-to-1 profits if wagers are placed right now.

We suggest making haste when betting on the Seattle Seahawks because if they beat the Giants like they are predicted to do, their divisional futures will certainly pull closer to even.

NFL oddsmakers are not granting the Giants much respect in their futures odds, either. They are currently listed as the third most likely team to win the division.

New York is separated by 1150 points in the moneyline odds from the Eagles, a team that is barely ahead of them in the current standings. While Philadelphia is the most likely NFC East champion, it is also clear that pro football bookmakers do not feel that the New York Giants’ success will last the entire course of the season.