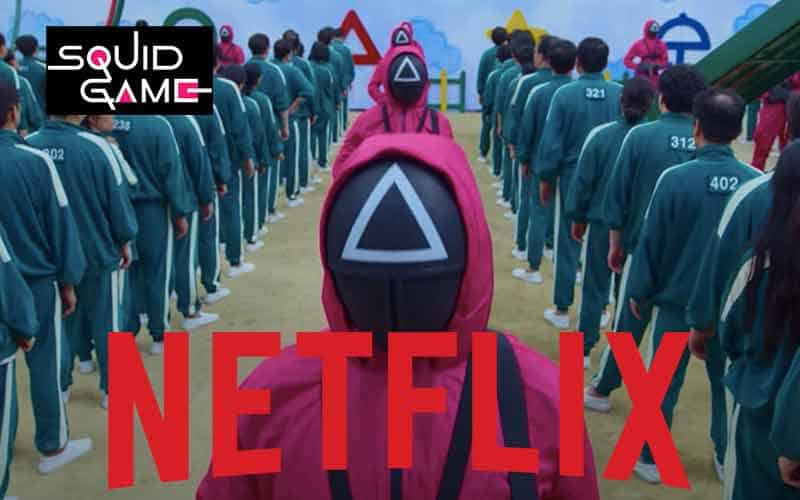 In the spectrum of betting on entertainment odds, popularity is king. Reality television competition series with outcomes that produce winners and losers are low-hanging fruit for online sports betting sites to create lines for, but when it comes to scripted fiction, oddsmakers have to put on their thinking caps.

Sometimes, television series become so popular, so quickly, that the entertainment prop bets emerge half-baked, desperately trying to capitalize on the large number of eyes that are drawn to screens across the United States.

Squid Game is a Korean television series that has quickly become the #1 show on Netflix. The plot involves 400+ people that are drawn to a competition due to their current financial difficulties.

The contestants compete over a variety of child-like games that result in violent conclusions for the losers, and cash prizes for the winners.

In a perfect world, Squid Game odds would be produced for the winners and losers of each contest, and although we’ve seen lines like that for fictional series in the past, that’s no longer an option with the entire first run already posted online for streaming.

The following prop bet has appeared at Bovada that offers Squid Game odds for different success indicators for the series, and each moneyline is mutually exclusive. That means that each option can score a win without causing a loss for any of the remaining odds.

Although we’ve been all-in on betting on the Emmy Awards for years now, the above entertainment prop bet qualifies as the first odds we’ve seen on the boards for the International Emmys.

One item to consider when betting on awards shows is the potential for a single entity to sweep. Although it doesn’t happen every single year, there are occasions where the overwhelming popularity of a show creates a tidal wave that crushes all other competition and elevates all contenders from said entity to the top.

If you feel that will be the case at the International Emmys, then perhaps more than one bet should be made on the above Squid Game odds. That’s the beauty of each line receiving individual action – wagers can be placed on all five options without canceling anything out for the gambler.

Consider this. If Kim Joo-ryoung wins the International Emmy for Best Actress for her portrayal of Han Mi-nyeo in Squid Game, betting odds will payout at 10-to-1.

If the above Squid Game betting lines are accurate, fans can reasonably expect it to become not only the most-streamed show in the history of Netflix, but they can also anticipate a feature-length film to follow soon.

The odds become murkier once the line delves into Squid Game’s Emmy chances, but online gamblers may want to invest sooner than later, as there is a high potential for these entertainment betting options to disappear without notice.