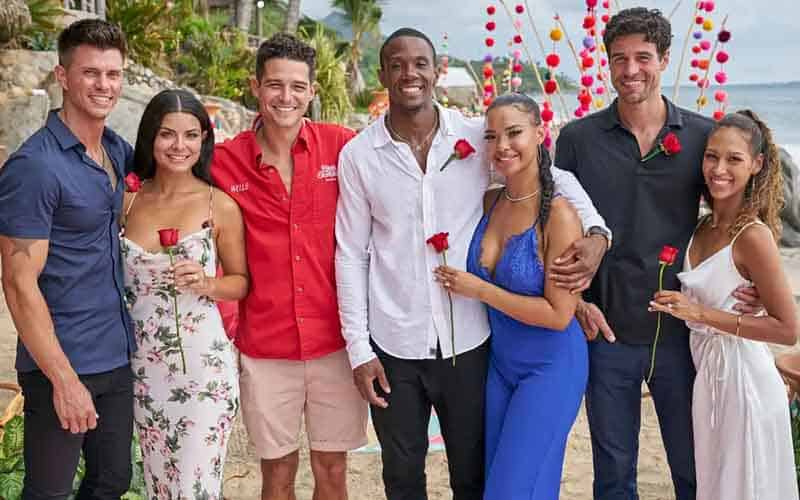 Tonight at 8 PM on ABC, the final episode of Bachelor in Paradise Season 8 will reveal if the relationships between Victoria and Johnny and Serene and Brandon will result in a marriage proposal.

Bettors looking for odds on tonight’s Bachelor in Paradise Season 8 finale will be disappointed as lines have now disappeared from online entertainment sportsbook sites.

While the odds for betting on Bachelor in Paradise may not materialize in time to lay some action on tonight’s finale, there are several other active reality television series that do feature lines and futures right now.

Betting On The Amazing Race Season 34

The 34th season of The Amazing Race is now down to five remaining teams with Big Brother veterans Derek and Claire topping the futures odds to win.

Futures for betting on The Amazing Race have been sparsely offered throughout the season, but Derek and Claire are still the favored team to win, which they’ve been since the initial lines were posted.

Back in September, Claire and Derek had +400 odds to be the final team standing at the conclusion of season 34, and now their moneyline has dropped an additional 800 points.

That’s why we always suggest placing bets on reality TV series as soon as you see the odds posted. They tend to disappear without notice and don’t always return in time for the finale.

There is also the benefit of getting in on the better payouts that preseason lines deliver. For instance, you’d have to bet $4 on Derek and Claire just to net a dollar in profit right now, whereas preseason lines would’ve rewarded $4 for each $1 wagered.

There has been no formal announcement for when the season finale will air for The Amazing Race 34, but with only five teams remaining, it should occur by mid-December.

Only eight castaways remain on the island for the 43rd season of Survivor, and Cody Assenmacher is a heavy favorite to be the last contestant standing on finale night.

The odds for betting on Survivor grant Assenmacher a massive 850 lead in the moneyline over Karla Cruz Godoy, which would normally indicate a near-certain victory.

No formal announcement has been made in regard to the season 43 finale of Survivor, but it will most likely air on December 7, 2022. Once again, we strongly urge entertainment gamblers to bet on Survivor right now to ensure they get in on the action before lines are removed.

Betting On The Voice Season 22

The finale for The Voice Season 22 will be a two-parter that airs on December 12th and 13th on NBC. Just like other reality competition shows, lines for betting on The Voice are hard to come by.

One reason for the lack of The Voice odds is the bulk of competitors that are involved, making it more trouble than it is worth for online sportsbooks to keep up to date.

BetUS Sportsbook has simplified the matter by creating a betting line for The Voice that only includes the odds for the winning coach.

The Voice Odds To Win

Currently. John Legend and Blake Shelton are tied for the lead with a +165 moneyline, but all coaches for The Voice are featured in the positive and will reward gamblers with more money than was wagered if bets are placed right now.