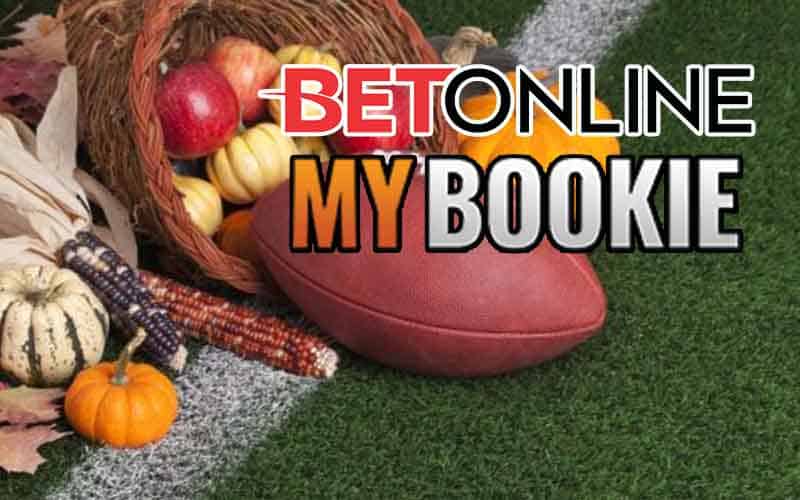 Each November, the NFL offers up a full plate of Thanksgiving football with three nationally televised games that eat up a bulk of the broadcast day beginning at noon eastern.

New and existing members that have placed at least $25 worth of action on the three pro football games occurring on Thanksgiving qualify for a free entry into BetOnline’s NFL Parlay Contest that awards the grand prize winners a split of a $10,000 cash pool.

The $25 must be first wagered on straight bets either against the spread or on the over/under of the Detroit Lions vs. Chicago Bears, the Dallas Cowboys vs. the Las Vegas Raiders, or the evening TNF game between the Buffalo Bills and New Orleans Saints.

BetOnline has prepared six picks against the spread and for the over/under of each NFL game occurring tomorrow afternoon, and if all parlay picks are made correctly, winners will take home part or a share of $10,000 in cash.

The ten grand must be spent at least once in the BetOnline sportsbook prior to withdrawing winnings, and that requirement can easily be completed by betting on the NFL over the weekend.

The second game of Thanksgiving Day allows for opportunities to bet on the Dallas Cowboys or the Las Vegas Raiders to win the game, but if you intend to wager against the spread, then consider taking advantage of the following $250 risk-free offer from MyBookie.

Simply place a bet of up to $250 against the spread on the Cowboys and Raiders game on Thanksgiving Day, and you’ll be covered win or lose.

If your bet on the NFL point spread covers, then you win your wager and the cash prizes that come along with it. If you lose the Thanksgiving Day NFL bet, your entire $250 wager will be refunded by 10 PM that evening, well before the Bills and Saints game will have concluded.

The bet against the spread has to be placed pre-game and includes a 1x rollover, meaning that there literally is no risk to partaking in this exclusive promotion from MyBookie Sportsbook.

Perhaps you could lay some action on live NFL betting odds with your refunded bet or your outright cash earnings from scoring a win earlier in the day.

Don’t miss out on either of these advantageous opportunities for earning some risk-free cash by betting on Thanksgiving NFL games tomorrow. Here are tomorrow’s betting lines for online gamblers to gobble up.