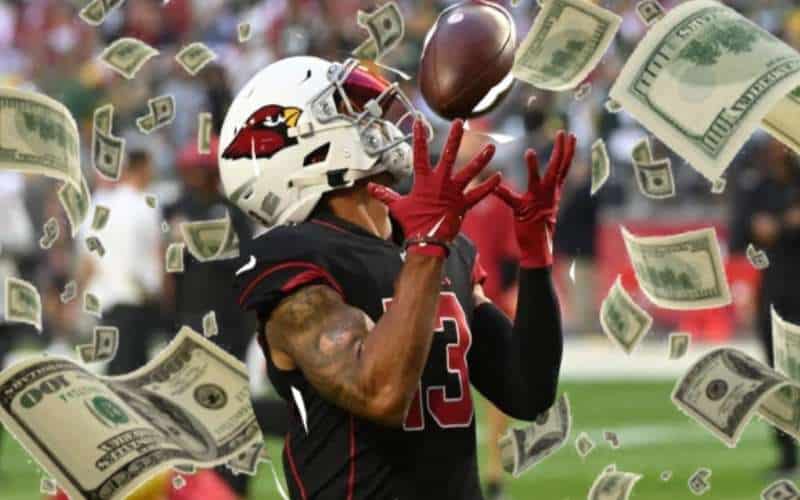 Since its September 2021 launch, Arizonans have relished the freedom to enjoy state-licensed online sportsbook options. In doing so, locals have wagered more than $2 billion. All-in-all legal Arizona sports betting has been a massive success.

However, the ebbs and flow of consumer trends seem to have started taking effect, as per the state’s most recent revenue report.

Despite topping more than half a billion dollars in January, state sportsbook handles seemed to take a slight tumble in February. You can see how these figures changed in the table below:

Many were surprised by the report, especially considering the record-breaking action we saw leading up to Super Bowl LVI. A 13% drop isn’t something to be taken lightly.

State tax revenues took an even bigger hit, thanks to the sheer volume of bonuses distributed by Arizona’s eighteen legal sportsbooks. The state earned only $604,825 in fees from February.

However, industry experts see this “lull” as a normal response to the brief, post-Super Bowl break. Just two weeks after the L.A. Rams claimed their victory, closing out the NFL season, March Madness was already kicking into high gear.

Eric Ramsey, an analyst for PlayUSA.com, told reporters the following:

“Arizona is following a similar pattern to more mature markets… As big a single event as the Super Bowl is, it can’t match a month like January that had five full weekends of football games.

As expected, online and legal mobile sports betting accounted for the majority of wagers placed in February—a whopping 99.3% of them.

Given that the NBA and NFL have each entered the Playoffs for their respective seasons, that action isn’t expected to dwindle quite yet. We will likely see another big dropoff for sports betting states across the nation in June.

But that isn’t a bad thing. It’s implausible to assume that bettors can afford such steep wagers all year round. By this time, casual bettors have logged out for a break and will return sometime in the fall.

Still, there’s no telling what the rest of spring has in store for legal sports betting states. With the return of USFL and FCF betting, there are plenty of events for bettors to get their fix.

Keep browsing our site for more information on how to get started!