The deals are safe: Odds against Amazon site crash on Black Friday 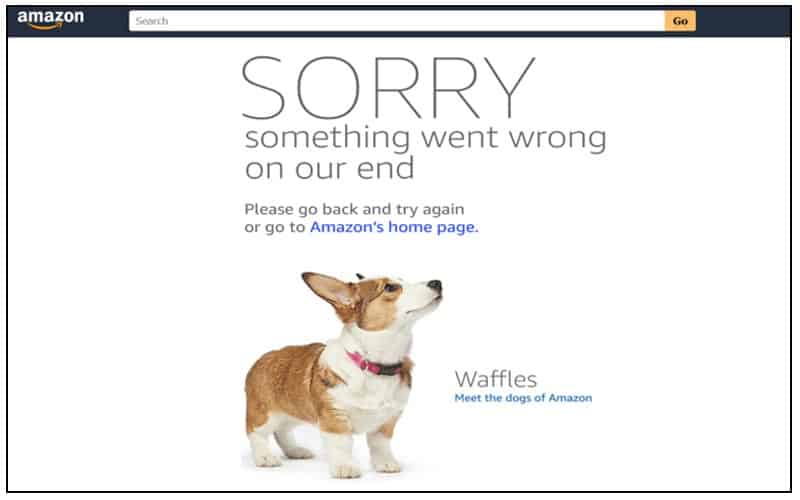 You would think the world’s largest e-commerce marketplace could handle heavy website traffic better, but Amazon has crashed before. But it is not likely to do so again, as long as CEO Jeff Bezos has anything to say about it.

Part of the Big Four technology companies with Google, Apple, and Facebook, Amazon is also the world’s largest cloud computing platform, provider of AI intelligence, and the second-largest private employer in the United States.

Amazon’s last major crash was Prime Day 2018. Nevertheless, due to high traffic demands for the upcoming Black Friday and Cyber Monday deals, another crash is possible.

Bovada is currently accepting action on the crash, but favors an all-good status on November 29 and December 2. The odds that Amazon experiences limited to no technical difficulties has -600 chances.

However, with the +350 odds that Amazon does go down on one of the two days, a $100 bet will result in a $350 payout, or enough to cover a purchase on Black Friday.

Will Amazon’s website crash during Black Friday or Cyber Monday?

These are not Bovada’s first “Will Amazon crash” entertainment-style betting odds. Over the summer for Prime Day 2019, the odds were about the same as they are for Black Friday 2019: +325 for a crash and -550 for no crash.

One of the biggest reasons Amazon probably won’t crash on Black Friday or Cyber Monday, apart from their huge technologically advanced infrastructure, is the fact that Black Friday deals will start November 22.

Black Friday is traditionally the day after Thanksgiving, which is the last Friday of November. Since the 1950s, Black Friday has been referred to as the first day of the Christmas shopping season, although the term “Black Friday” wasn’t used until decades later.

However, the days of camping out in front of Best Buy and Walmart are outdated. With Amazon Black Friday deals starting a full week ahead of the official date, website traffic will be spread out across multiple days.

Bezos is not likely to let another crash happen at Amazon ever again. For a company that had a $232.9 billion net income in 2018, every dollar counts. Even a crash of a single minute could cost Bezos $150,000, based on his annual salary.