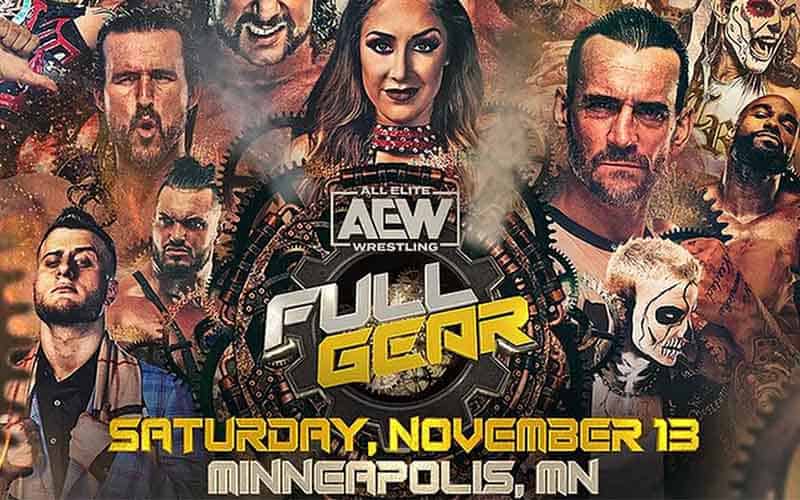 Tomorrow night, All-Elite Wrestling will present their final pay-per-view event of 2021 in grand fashion with a long-awaited heavyweight championship match between Adam Page and Kenny Omega.

Omega and Page unexpectedly won the AEW Tag Team Championship Belts in January of 2020, and during their title run, the relationship between the two of them soured.

Omega began his turn to the dark side when he started adhering to the advice of consultant Don Callis, a journey that resulted in Kenny eventually winning the AEW title from Jon Moxley (with an assist from Callis).

With tomorrow night’s main event finally paring up these two heated rivals, odds for pro wrestling betting have been produced that suggests an Adam Page championship run is pending.

To gain perspective on how certain online sports betting sites are about an Adam Page win, compare them to the CM Punk odds below. Converting the moneyline odds to their intrinsic value, CM Punk has an 85% chance of defeating Eddie Kingston, whereas Adam Page has a 91% of beating Omega.

If the Page vs. Omega odds play out how the oddsmakers have presented, Adam’s title could be short-lived depending on who wins the following championship qualifying match between Miro and Bryan Danielson.

A Danielson vs. Adam Page championship match would likely headline AEW’s next PPV in the spring of 2022 at Revolution. Bryan’s overwhelming popularity with audiences since joining as a free agent from WWE will make the matchup interesting as AEW bookers must decide what direction the company will go, and which performer will lead them there.

The odds for Britt Baker to retain her AEW Women’s Championship are the most certain on the board for Full Gear betting, and although there is no variance offered by shopping the lines, significant payouts can be earned by wagering on a Tay Conti upset.

A $1 wager on Tay Conti to win the strap will net $8 at both MyBookie and BetOnline, and may be worth a hedge because our staff has noticed a trend of at least one underdog coming through on each pay-per-view card.

The final match offering any reasonable betting intrigue is MJF vs. Darby Allin, and the above entertainment prop favors Maxwell Jacob Friedman by a decent margin.

There’s no title on the line, but MJF losses have been few and far between during his tenure in All-Elite Wrestling, so bet carefully. Below are the remaining odds for AEW Full Gear which begins tomorrow night at 8 PM and can be purchased for $50 on Bleacher Report’s website.