Showtime ‘Action’ Episode 3 Review: The Impact from Daily Fantasy Sports Changes the Sports Betting Landscape in the US 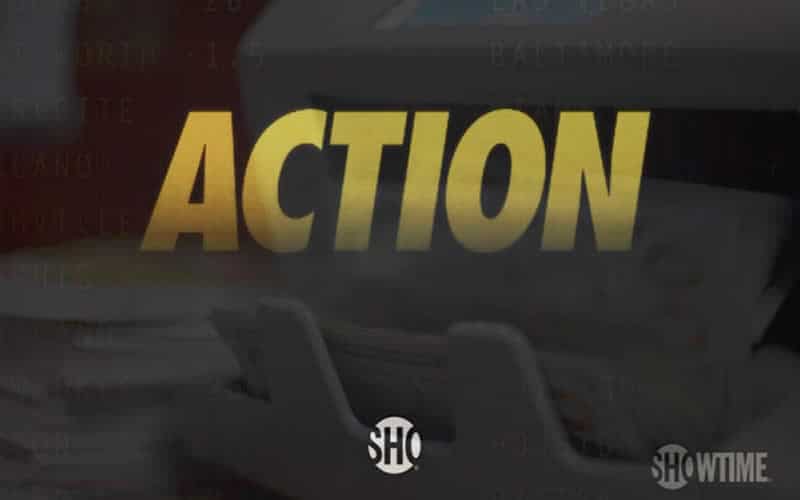 Near the beginning of the penultimate episode of Showtime’s docuseries Action, while discussing the rise of daily fantasy sports in the United States, a reporter asks Hall of Fame Super Bowl-winning NFL quarterback Joe Namath if DFS was gambling because it is “skill-based.”

“Do they have to pay anything to play?” asked Namath.

“I think you have to pay,” replied the reporter.

“And do they win something?” Namath inquired.

“They do,” the reporter said.

Episode 3 of Action details the rise of DFS supergiants like DraftKings and FanDuel, it rather mixed reception initially among sports fans, and provides a closer look into how to play this alternate, real-money version of fantasy football as it follows Martin Crowley, the #4 ranked DFS player in the world for a weekend in the 2018 NFL season.

While Action never directly asks Crowley whether DFS is, in fact, gambling, the episode does provide meaningful insight into what his daily life is like by documenting the countless hours of work he put into to mathematical models and creating lineups based on probabilities.

Winning consistently at DFS is hard work and could ultimately grant you nothing at the end of the day. This becomes evident when the episode shows Crowley’s routine of working Saturday and then meditating in an encased sound-proof bathtub prior to an 18-hour workday leading up to first games on Sunday.

By entering hundreds of daily fantasy football contest and correctly choosing the best performing lineup for at least one week, Crowley predicts he will net $2 million by the end of the season. In this episode, he lost $150,000.

But one has to admire Crowley. More than half of the people playing DFS will lose money, and to feel good about his career, he, along with his brother and friends, use their winnings to match the millions of dollars in charitable donations from the public to the Double Up Drive each year.

While you may question whether DFS is gambling, there’s no denying its impact on sports fans as a whole. As shown in Action, in a Nielsen study, the avid NFL fan watched 15.8 games during the regular season, but the other control group — the DFS bettor — watched a whopping 38 games per year.

There’s no doubt that the leagues and individual sports franchises saw the value of their interest jump, which led to partnerships with the DFS providers. By the time several of the state’s attorney general sent cease and desist letters out, the ink had already dried on the contacts.

States like Nevada ruled DFS to be gambling and required DFS operators to obtain a license as if they were a sportsbook, which is why you won’t find daily fantasy sports anywhere in Las Vegas.

Super Bowl-winning quarterback Russell Wilson also makes an appearance in the Action, recounting hilarious encounters with fantasy football fans who either thank him for winning their league championship or criticize him for not putting up more points on a particular week. Regardless, Wilson said he thinks that the states legalizing sports betting is going to change the way we watch sports forever and increase fan engagement.

Action doesn’t deter from traditional sports betting this week, however, and continues to shed light on series regulars by highlighting their personal lives.

Kelly Stewart’s long-time boyfriend is introduced and states that he fully supports her work-ethic and wants her to breakthrough as a prominent figure in the male-dominated sports betting media, while at the same time, says that obsessing over lines and odds has had a negative effect on their relationship in the past.

Amateur sports bettor Todd Wishnev and “Vegas Dave” Oancea return and paint a bleak picture of their personal lives, where it seems sports betting is the only thing that makes them happy but for different reasons.

For Wishnev, one can see that it’s the friends he’s made and makes whenever he hangs out at the sportsbook that helps him escape isolation, but for Vegas Dave, the only thing that makes him happy is making money, stating, “I like making money more than having sex” while adamantly declaring you need to be alone to work hard and be successful.

After saying “Total bullshit. It’s definitely gambling” when asked about the skill-based DFS, Bill “Krack” Krackomberger provides a glimpse into the life of a successful handicapper who is arguably the happiest before the episode wraps up.

Krackomberger knows he’s fortunate and is one of the chosen few who actually make a living from betting on sports. And episode 3 ends with a valuable lesson to all the rookie and veteran sports bettors.