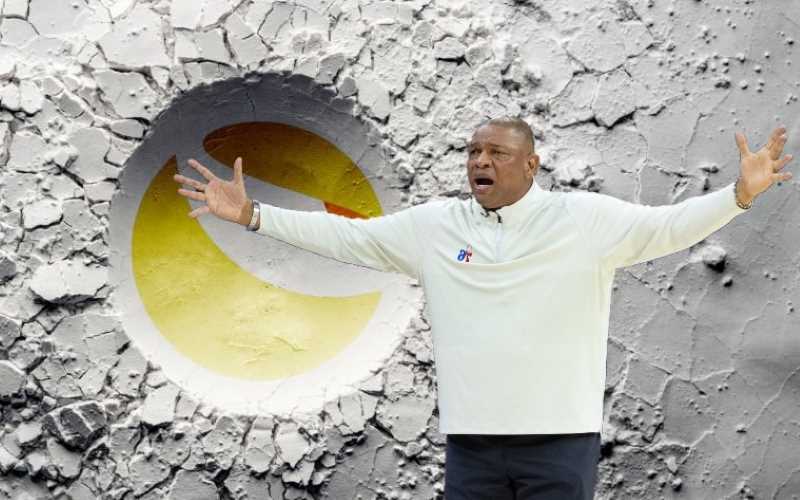 So, you were all in on those Sixers championship futures from six months ago, huh?

There aren’t any odds on it, but the guy who broke Joel Embiid’s face in that elimination game when Philadelphia was up by 30 points or whatever with like four minutes left should be the overwhelming favorite to win the NBA Finals MVP.

Talk about making everything easier for everyone.

But at least Philly got rid of Ben Simmons.

As for other things to wager on, well, I’m not really the guy.

Before the lockout back in 2004, I would have been super excited about tomorrow’s three first-round NHL Playoff Game 7s, the odds for which I’ve already forgotten even as I’ve posted them verbatim below.

TL;DR: All the home teams are favored.

But like I said, I don’t watch or bet on hockey.*

But I do watch and bet on crypto.

Yes, Terra LUNA is dead. Billions of dollars, gone in half a week.

Remember that little thought experiment last month where we tried to divine out which cryptocurrency BetOnline Sportsbook would accept next?

We got that one about as wrong as anyone could get anything, at least at the top of the list.

(Note also that I’m now using the royal “we” here so as to spread out the blame as much as possible and take zero personal responsibility for being wildly, wildly wrong.)

Here’s what we said back then:

“Terra is the 8th-ranked coin and the only top 10 crypto that BetOnline doesn’t currently accept. Despite its high price of $90 per LUNA, we think this one isn’t just on the horizon, we think it’s probably the next crypto the sportsbook will support.”

Well, what was a $90 asset and sitting inside the top 10 cryptos just a few days ago is now worth next to nothing, and it’s getting worse by the minute as people race to buy the dip.

Yes, we always advocate buying the dip (there’s actually tons of money to be made on the crypto market right now if you feel like being a millionaire next year so you can buy some baby formula and gasoline and meat and grain and stuff), but not all dips are created equal.

LUNA is dead, and TerraUSD (UST) is also dead. They’re not coming back. Avoid them both at literally all costs: 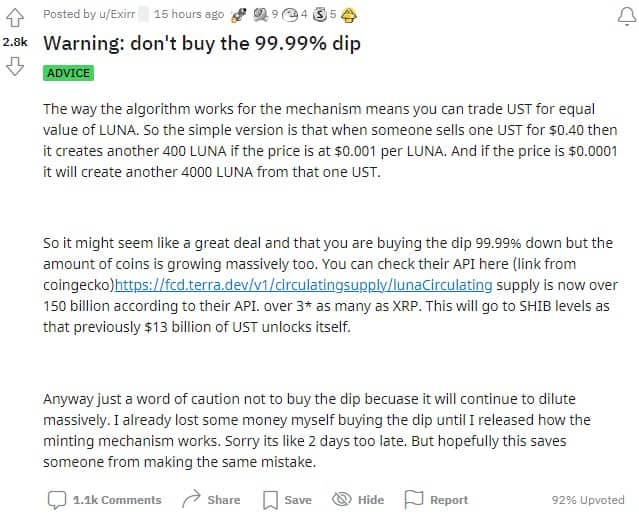 While there’s some debate – and no shortage of conspiracy theories (BlackRock did it!) – about exactly how this happened, here’s the most plausible order of events we’ve come across to date, replete with motive and George-Soros-Bank-of-England inspiration.

The fallout of the Terra collapse is still ongoing, and there’s likely to be an extended lull in the market as speculators concern themselves over the inevitable “congressional inquiries” and SEC saber-rattling about stablecoins and so on.

Even with the hyperinflation.

*Actually, yes, I do. All that jazz up top is what we in the biz call a “narrative device.”