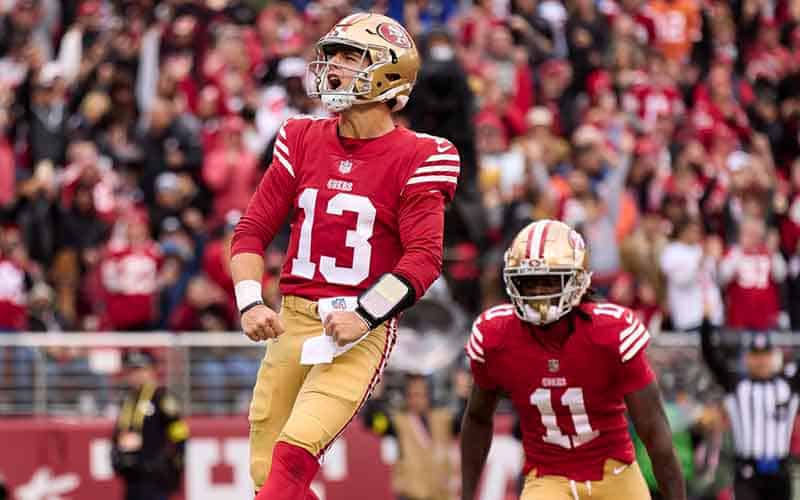 The dust has now settled from the events of Wild Card Weekend, leaving eight teams remaining in play for hoisting the 57th Lombardi Trophy in NFL history.

The Divisional Round of the NFL Playoffs begins this Saturday and caps off Sunday Night, setting the stage for Conference Championship Weekend.

Lines for betting on the NFL Playoffs are now taking action, and in all cases, the home team is favored to win.

The first game of the weekend kicks off on Saturday at 4:30 PM in Arrowhead Stadium where the top-seeded Chiefs will defend their home turf against the Jacksonville Jaguars.

Is the Cinderalla run over for head coach Doug Pederson and the Jaguars? The line for betting on the Kansas City Chiefs suggests that they’ll win by 8.5 points or more, and they already beat the Jaguars by a score of 27-17 back on November 13th.

Closing out the action on Saturday night at 8:15 PM is an NFC East Division rivalry game where the winner earns a trip to the National Football Conference Championship Game.

The Giants looked strong knocking off the #3 Minnesota Vikings last weekend on the road. Could Daniel Jones and company deliver a second road win in a row and dispatch the top-seeded Eagles in Philadelphia?

Not likely, but we do think the Giants will cover.

On Sunday at 3:30, the Cincinnati Bengals and Buffalo Bills will replay their game that was canceled when safety Damar Hamlin suffered a cardiac incident.

This time, everything is on the line. Will the Bills continue their Super Bowl run or is this the year where Cincinnati gets things right and finally wins a championship?

We’re betting on the Buffalo Bills to cover and win decisively.

The final game of the weekend begins at 6:30 PM in Levi Stadium where the 49ers are looking to continue their 11-game win streak. Rookie quarterback Brock Purdy has been impressive thus far, but is he due for a letdown against ‘dem Boys on Sunday?

Dallas is at full health and is coming off of a win in Tampa Bay on Monday Night where they eliminated Tom Brady from the playoffs. San Francisco is also entering the game with a healthy roster, and are favored by -3.5 at home.

The only question mark is Brock Purdy. The only reason Purdy represents a somewhat unknown quantity is that he’s a rookie and it is unreasonable to expect this level of play to extend into the NFL postseason.

That said, Purdy has a full complement of elite talent at his disposal, including running back Christian McCaffrey, tight end George Kittle, and wide receiver Debo Samuel.

Also worth noting – the 49ers’ defense is the best in the league. We predict that San Francisco will cover the -3.5.