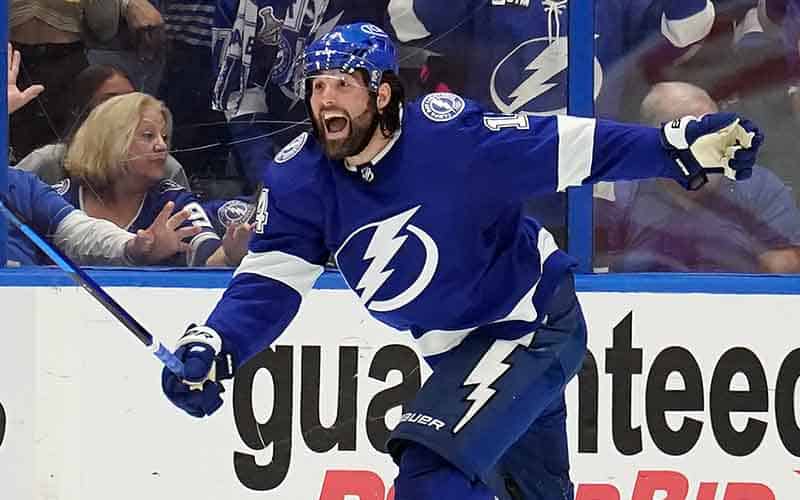 Tonight at 8:00 PM, the Colorado Avalanche seek to close out the Western Conference Finals with a four-game sweep of the Edmonton Oilers.

NHL betting sites are projecting Colorado to win and move one series closer to making good on the preseason Stanley Cup futures odds that suggested they would go all the way in 2022.

The NHL Playoff picture odds have featured the Avalanche crushing the Western Conference and moving on to the 2022 Stanley Cup Finals since we first started creating them just over two months ago.

Similar dominance was exhibited by the Florida Panthers in the Eastern Conference, however, their postseason plans were thwarted by the Tampa Bay Lightning who swept them in the second round of the NHL Playoffs.

Tampa was the only other NHL franchise that was projected to reach the Stanley Cup Finals in the East, but now that outcome is being threatened by the New York Rangers.

Tomorrow night at 8:00 PM, the Eastern Conference Finals continue with the Rangers leading the Lightning by a 2-1 edge. Online NHL Playoff sportsbooks are projecting a Game 4 outcome that will result in the series becoming tied up at 2 games each, suggesting that the Lightning’s miraculous 2022 run is not over just yet.

The Rangers are on just as improbable of an NHL Playoff run as the Lightning are. Despite the Rangers existing in one of the largest sports markets in the nation, the Lightning are garnering more attention because they’re the two-time defending champions.

The Lightning may be favored to win Game 4, but oddsmakers are already granting the Rangers the overall advantage in the series and imply that they will move on to face Colorado.

However, the Rangers’ betting advantage over the Lightning is very slim, varying between 25 and 10 points across the boards for those that like to shop the odds.

While we wouldn’t advise laying any action on the Oilers at this point, hockey gamblers that expect the Eastern Conference to produce a Stanley Cup champion in 2022 should act fast on the above NHL futures.

Both the Rangers and Lightning feature odds that will deliver 4-to-1 net payouts if they can win the Stanley Cup in 2022 – incredible cash winning potential for a team that will enter the final series red hot.

On the other side of the coin, Stanley Cup betting enthusiasts that want to wager on the Avalanche to win should wait until the Eastern Conference Finals have concluded. The reason? Colorado’s odd will pull closer to even when that happens and they’ll deliver higher net cash winnings per dollar bet.