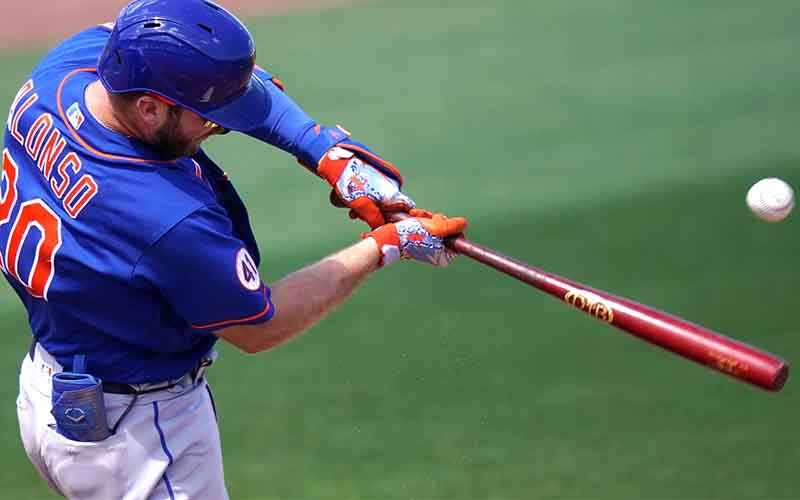 Major League Baseball’s Home Run Derby has been a part of the mid-season All-Star Break since 1985, offering up an impressive display of some of the game’s best power hitters crushing as many balls over the fence as they possibly can.

Even folks that aren’t fans of baseball can’t help but marvel at the impressive combination of raw strength, coordination, and concentration that is required to hit a ball that far, over and over.

Or perhaps it is simply the open-mouthed ogling while watching the home run balls arc high into the air and sail over the outfield walls that draw us to the Derby.

Whatever the reason, odds for betting on the MLB All-Star Game and Home Run Derby are posted at major online sportsbook sites across the web and taking action on which player will win tonight.

Pete Alonso, first baseman for the New York Mets, won the last two Home Run Derbies and will look for the three-peat tonight. He is currently leading the odds to win the 2022 Home Run Derby with a 150-point lead on his closest competitor, Kyle Schwarber, outfielder for the Philadelphia Phillies.

The above line for MLB betting allows wagers on simple winners. If you bet on a player and they win the Derby, then you win the bet. This moderately-sized field of competitors has resulted in positive moneylines for each player.

That means no matter who you bet on, if you win, you can count on net profits somewhere between $1.75 and $25.

Consistency is nice, but fans don’t want to see long balls dribble over the fence every time either. Most would likely prefer to see the stadium lights get shattered by a baseball just like Roy Hobbs (Robert Redford) did in 1984’s The Natural.

Ronald Acuña Jr. of the Atlanta Braves is the top odds getter for betting on the longest home run of the night, and he’s got a fairly sizable lead over the next best option.

Because the Home Run Derby is now set up in tournament-style brackets, there is the potential to win without actually hitting the most balls out of the park during the event.

Ultimately, that scenario is not how MLB oddsmakers see it going down tonight, as Alonso tops the odds for most home runs and the odds to win as well.

After the All-Star Break is over, the focus will return to making the postseason for each MLB franchise. Keep track of our MLB Playoff picture brackets to keep up with what the betting odds mean in regard to each team’s postseason path.