Will MJF Appear At All Out? Here’s What The AEW Odds Have To Say 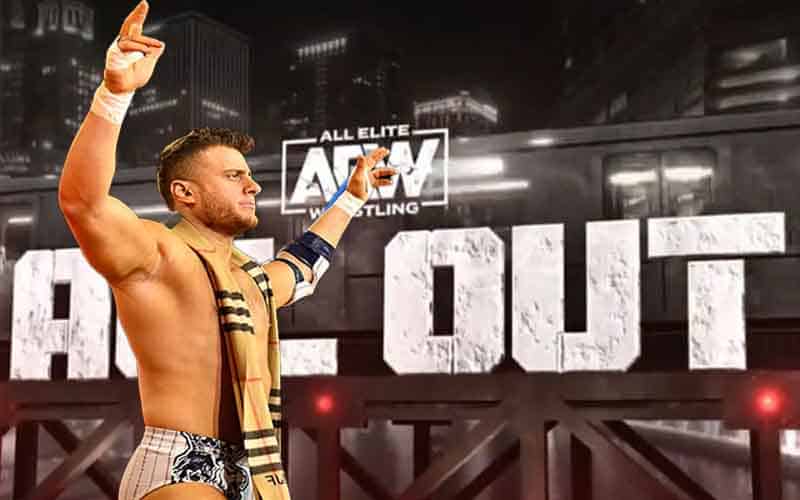 On June 1, 2022, Maxwell Jacob Friedman (MJF) cut a promo on a live episode of Dynamite that was highly critical of his boss, AEW CEO Tony Khan.

The critique lasted for several minutes and closed out with MJF daring Khan to fire him. Friedman hasn’t been seen on AEW television since that time, leading fans and now pro wrestling betting sites to speculate on his return.

AEW All Out will begin this Sunday evening on pay-per-view via Bleacher Report (B/R Live), and one of our top online sportsbooks, BetOnline, has betting lines for nearly the entire card.

One of the more intriguing entertainment prop bets that are currently being offered for this Sunday is the following line on whether MJF will make an appearance.

Will MJF Appear At All Out?

An MJF no-show is currently the favored option, but there are 50/50 odds of him making an appearance. Friedman is not currently booked for the PPV, so if he does appear, it will be to cut a return promo or to set up his next angle for a feud.

A four-way match has been set up to name a new interim AEW Women’s Champion following an injury to current title-holder, Thunder Rosa. Toni Storm is a heavy favorite and is listed with a negative moneyline.

Our sleeper pick for this match is Jamie Hayter at +350. Hayter winning the strap would be a great way to set up some heat between her bestie, Britt Baker.

The Acclaimed is a crowd favorite, and they are due for a push, but we don’t think Swerve in our Glory (Swerve Strickland and Keith Lee) are poised to lose the tag titles just yet. We figure the champs will retain and will eventually drop the belts to FTR.

The pro wrestling betting odds for this match are close to even, suggesting it could go either way and that the saga between Jungle Boy Jack Perry, Christian Cage, and Luchasaurus is not over.

Former friends and members of the now-defunct Team Taz will settle the score once and for all this Sunday night. We’re struggling to figure out the booking strategy for these two and are laying off this betting line.

While Chris Jericho remains one of the biggest draws on AEW’s roster, he can no longer be expected to win against the promotion’s top talent. Bryan Danielson and Jericho should put on a great match, but expect the Dragon to come out on top.

Cargill is still undefeated since her AEW debut, and entertainment betting sites do not believe that streak will end on Sunday against Athena. 4-to-1 net profits are on the table for those that believe Athena will come out victorious and escape with the TBS Title.

There is a chance that each of the above betting lines remains on the boards until the respective match begins, but they could be removed at any time prior to Sunday’s 8 PM start time.