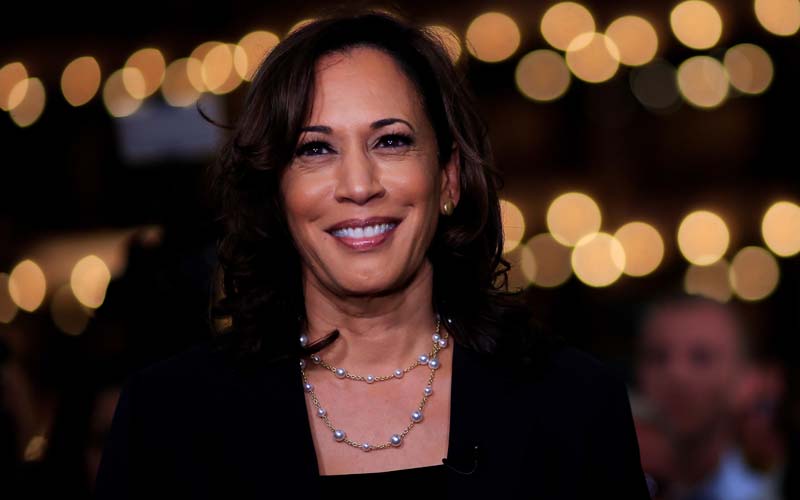 After last night’s performance, the odds are in Kamala’s favor.

Kamala Harris shined during last night’s debate and has overtaken Joe Biden as the new favorite to win the 2020 Democratic nomination, according to latest odds that released this morning.

Harris is now listed at +250 odds ($100 bet wins $250) compared to Biden’s +350. When converted to an implied probability, the odds indicate the California senator has a 28.57% chance to win the party’s nomination compared to a 22.22% chance for the former Vice President.

The California senator began the year as the favorite to win the Democratic primary with political odds in the +450 to +500 range (~17%) depending on the online sportsbook.

She maintained that edge through February but slipped from the top spot when Bernie Sanders announced his presidential bid.

Her chances of becoming the party’s nominee fell even further when Pete Buttigieg and Biden announced in April. Oddsmakers then made the former VP the clear favorite for the past couple of months and heading into the first debate.

Elizabeth Warren’s strong showing on the first night catapulted her behind Biden with +350 odds and 22.22% chance to win the primary, leading of Buttigieg, Sanders, and Harris.

Biden entered last night’s debate with +175 odds at BetOnline, which gave him a 36.36% chance to win the Democratic nomination — his highest of the year.

But all of that is ancient history after what happened during last night’s debate.

What Happened During The Debate?

Many topics were discussed by the Democratic candidates last night, but Harris stole the show and gave Americans a preview of what a debate between her and President Donald Trump might look like once the primary dust has settled.

When the issue of race relations was brought up, Harris called out Biden over his comments from earlier in June when he touted his time working with US Senators despite some of them being supporters of segregation.

She then recounted how his opposition to busing students — an effort to desegregate schools in the 1970s — affected her personally when she was a child in a Berkley class that had failed to be integrated into California schools for two decades after Brown v. Board of Education.

Rather than apologizing, Joe chose to say it ain’t so, calling it a mischaracterization of what he said and that he did not oppose busing, but instead opposed busing ordered by the Department of Education.

But when Biden said the failure to integrate children fell on her City Council, Harris, a former prosecutor, seized the opportunity and stated that’s where the federal government must step in — as it did with both the Civil Rights Act and the Voting Rights Act — because “there are moments in history where states fail to preserve the civil rights of all people.”

You can watch the full exchange here:

But Biden is not Trump.

If Harris wins the Democratic nomination, Trump will be unlike anything she’s ever faced in a courtroom or as a member of Congress. The President proves time and time again, he’s not playing by the same rules — or even the same game — like everyone else.

And so far, it’s made him seemingly untouchable because everything Trump says or does essentially becomes the “I know you are, but what am I?” comeback used by kids all the time in school.

How do you respond to, or even beat, that line of reasoning?

Whoever wins the Democratic nomination, whether it be Harris, Biden, or another candidate, must figure out that answer.

For now, Trump saw his chances get slightly better after the debate and is the clear favorite to win the 2020 presidential election at this time with -110 odds, a 52.38% chance.

Kamala comes in second at +500 odds and a 16.67% chance to win the White House, as well as becoming woman elected President in US history.

Her chances may appear a bit low but keep in mind she needs to fend off numerous other candidates for the remaining months while Trump isn’t likely to see a formidable opponent until the Democratic nomination is decided.

A lot can happen from now until Tuesday, November 3, 2020, but here are the current odds to win the general election next year.

When Is The Next Democratic Debate?

The second Democratic primary debate of 2019 will be held at the Fox Theatre in Detroit, Michigan on Tuesday, July 30 and Wednesday, July 31.

CNN will host and moderate the next debate, following an identical two-night format featuring 20 qualifying Democratic candidates seeking to win the general election against Trump in 2020 and become the next President of the United States.