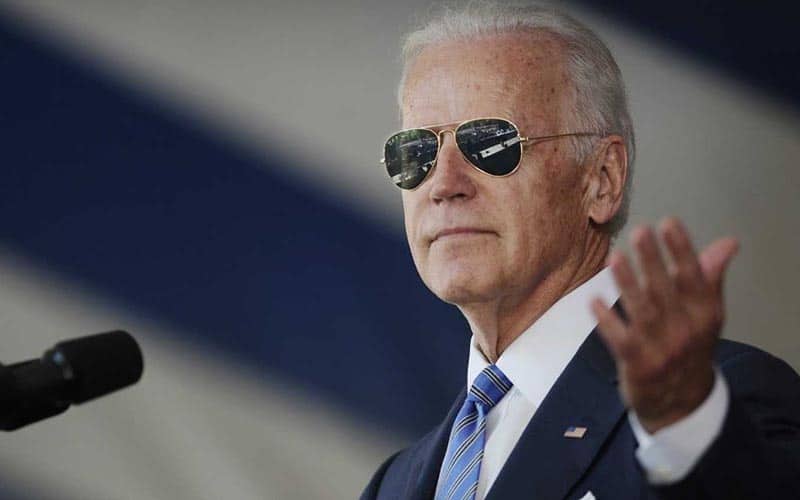 You can’t teach an old dog new tricks, but when you’ve been around the block as much as Joe Biden, odds are you already know most — if not all — of the tricks the rest of the pack might pull.

When Biden steps on the debate stage this evening on the second night of the first Democratic primary debate of 2019, he’ll do so as the candidate with the most experience.

So it’s no surprise the former vice president will also be the party’s frontrunner and betting favorite, according to the latest 2020 presidential election odds at most political betting sites.

Biden is listed at +425 ($100 bet wins $425) odds to win the general election next year, which means — after converting to an implied probability — Biden currently has a 19.05% chance of becoming the next President of the United States.

Only President Donald Trump, who already has a clear path as the incumbent Republican, has better odds than Biden at +100 — 50% chance — to win reelection.

Before Night 2 of the debate begins, here’s a glimpse at who the oddsmakers think have the best chance of winning the White House on November 3, 2020.

Elizabeth Warren came out as the big winner of last night’s debate if you look at the odds before and after she took center stage.

Warren was listed at +750 (11.76%) to win the Democratic nomination before the first night, but now, she’s tied in second place with Pete Buttigieg at +450, an 18.18% chance to take on Trump in the general election.

However, leads aren’t safe since the primaries are still months away, and Warren’s significant jump in only one night — and surge over the past couple months — are why no candidate can rest on their laurels

This is especially important for Biden because make no mistake: he will have a target on his back tonight, and with such a huge lead in the polls, according to Real Clear Politics, everyone who isn’t a former VP will look at his record and find anything they can to begin chipping away at his lead.

Here’s a look at odds for the top 20 Democrats:

The prop bets for Round 1 of the debate may be in the books, but odds for Round 2 are still available at Bovada.

There’s no way to be sure, but either way, below you can check out the odds for that prop bet and the remaining lines available.

Will Donald Trump mention “Sleepy Joe” in a tweet during the debate?

Will Joe Biden hug any of the women on stage with him tonight?

How many times will “Buttigieg” be mispronounced?

How many times will Andrew Yang mention “UBI”?

Which candidate will speak the most?