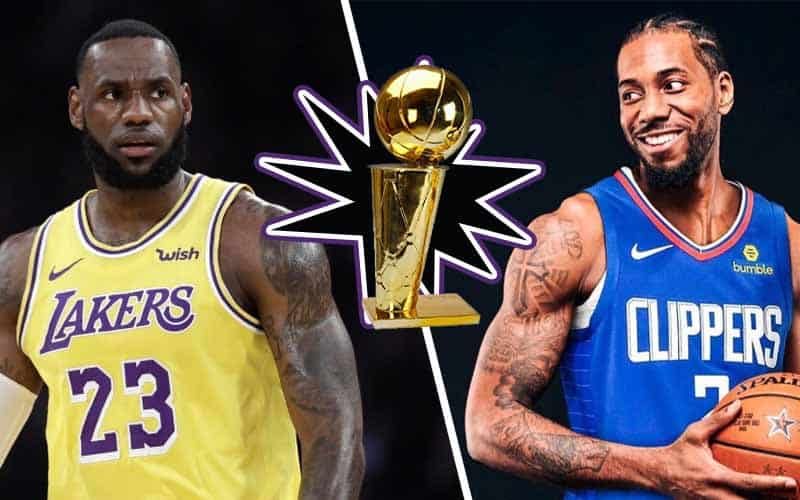 The 2019-20 NBA season officially tips-off tonight with a doubleheader featuring some of the game’s biggest names.

The first game of the night, starting at 8 pm ET on TNT, pits the New Orleans Pelicans against the defending champion Toronto Raptors. While there will be a ring presentation ceremony for the Raptors before the game, the Toronto squad will look a tad different.

The Raptors are not the only team in the matchup that faced personnel changes over the summer. After speculation throughout the entirety of last season, the Pelicans traded away Anthony Davis to the Los Angeles Lakers for a handful of players and draft picks.

Newly acquired Lonzo Ball and Brandon Ingram were expected to kick New Orleans’s season off with 2019’s #1 overall pick Zion Williamson, but after aggravating a knee injury, Williamson is expected to miss 6-8 weeks of his rookie season.

This first game is not expected to have any real championship implications, according to the NBA betting odds. Despite winning the title last season, the Raptors only have +3300 odds of doing it again in the 2020 Finals.

Even worse, the Pelicans have +8000 chances of claiming their first title this season.

However, the second game between the Lakers and Clippers is expected to be a preview for the Western Conference Finals. At the start of the season, the LA squads top the odds of winning the championship at +450 chances apiece.

Not only did the Clippers sign Leonard during the 2019 offseason, the team was also able to acquire Paul George from the Oklahoma City Thunder via trade. Unfortunately, for fans and George himself, the All-NBA First Teamer will miss the first game of the season to nurse a shoulder injury.

On the other side of the Staples Center, the Lakers enter the game in near-perfect health. After missing the playoffs last season despite having LeBron James, the new-look team is hoping to turn things around with Davis at the helm.

Behind the Clippers and Lakers in odds, the Houston Rockets, Milwaukee Bucks, and Philadelphia 76ers round out the top five with +600 championship chances each.

The rest of the league is listed below with their odds.