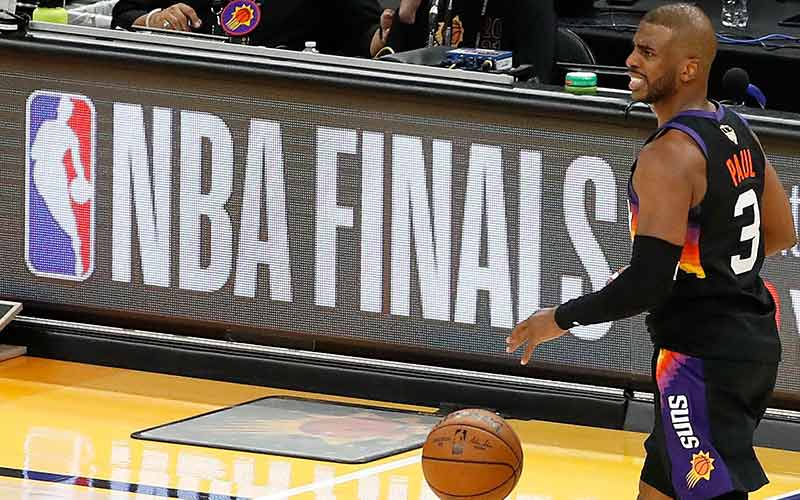 Domestic sportsbook BetMGM recently took in an $11,000 wager on the Pheonix Suns to win the NBA Finals in a four-game sweep over the Milwaukee Bucks.

The Suns are one-quarter of the way there as they defended their home arena and took Game One by a score of 118-105. Those that partook in betting on the NBA Playoffs and wagered on the Suns to cover their point spread of +5.5 over the Bucks in Game One were easily able to secure a win.

However, Giannis Antetokounmpo of the Milwaukee Bucks overcame his injury and returned to the lineup. He didn’t just provide solid minutes, Giannis looked plenty spry, tossing up the following impressive stat line.

Many writers on our staff believed that the odds set by NBA sportsbooks for game one were largely due to the uncertainty involving Antetokounpo’s health. Just hours before tipoff Giannis was listed as doubtful, suggesting his probability of suiting up was minimal.

Now that Giannis has returned and is certain to be a factor for the remaining games in the series, oddsmakers have not granted Milwaukee fans much hope that his presence will make a championship difference.

Not only are the Suns favored to win Game 2 by at least 5.5 points, but BetOnline has a prop bet suggesting that the most likely outcome of the NBA Finals is a 4-1 Pheonix victory.

No matter which direction bettors go, all roads lead to profit with the above NBA Finals prop bet, but it is telling that the leading four options all include a Suns championship.

The above line also illustrates the importance of submitting your wagers well in advance of the contest. The odds, and the payouts, are typically much higher when NBA bettors project early and lay some action on it.

For instance, the moneyline odds for the Phoenix Suns to sweep the Bucks now sits at +475, nearly half what the pre-series line offered on the same wager just days ago.

If the Milwaukee Bucks see more action than in previous days, and with Giannis back, that should be expected, the odds at online sportsbook sites could narrow and the potential payouts for betting on the Suns will earn less.

Game Two of the NBA Finals begins tomorrow night at 9 PM on ABC, and this random sports bettor’s prop just adds a little more intrigue to the proceedings.