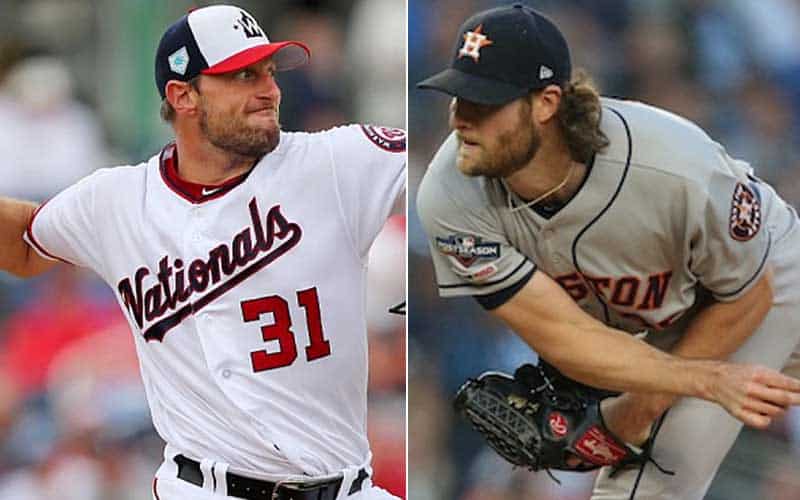 The Houston Astros were able to secure their third consecutive American League pennant this weekend.

After a 4-1 loss to the New York Yankees on Friday, the Astros jumped out to a 3-0 first-inning lead on Saturday before finishing the Bronx Bombers off 6-4 in Saturday’s Game 6.

The Astros will now take on the National League champion Washington Nationals in the first game of the World Series tomorrow.

Prior to the start of the 2019 playoffs, the MLB World Series betting odds gave the Nationals +1500 chances of winning the championship. Houston was favored with +210 odds.

The Nats swept the St. Louis Cardinals in four games last Tuesday, earning the team a full week of rest before their matchup with the ‘Stros.

Nevertheless, despite their rest and impressive performance against the Cards, the Nationals still are not favored against the Astros.

Houston is favored at home for Game 1 of the World Series at -190 odds. Overall, heading into the first game, the Astros have -215 odds on the series price.

Converted to percentages, the Astros have a 65.96% chance of winning their second World Series in three years. On the flip side, the Nationals are looking at a 34.04% chance of claiming their first championship title in team history.

The Nationals will start the 11-win Max Scherzer on the mound while the Astros will start Gerrit Cole. Through his 33 starts in 2019, Cole went 20-5 with a 6.8 wins-above-replacement.

Game 1’s over/under is set at 7 runs with the under favored at -125. The Nats averaged 5 runs per game during the National League Championship Series and the Astros averaged a little over 3 in the ALCS.

Aside from the numbers, the Astros have an intangible factor that the Nationals do not: World Series experience.

Since their inaugural 1969 season, then known as the Montreal Expos, the Washington Nationals were not able to win a pennant before last week. For most players on Nats, the oldest team in the MLB at 31.1 years old, this is the first significant playoff experience of their careers.