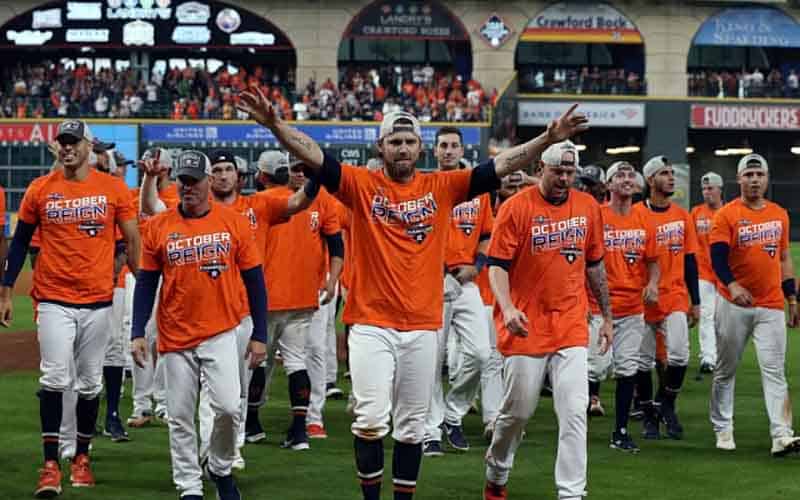 For over a century, the playoffs in Major League Baseball have owned the month of October and 2019 is no different.

The MLB postseason starts tomorrow with the National League Wild Card game, a single-elimination play-in match, between the Milwaukee Brewers and Washington Nationals at 8:08 pm ET.

The American League Wild Card game is next, starting at 8:09 pm ET on Wednesday, between the Tampa Bay Rays and Oakland Athletics.

Unsurprisingly, the four teams in the Wild Card games also have some of the lowest odds to win the World Series overall.

Of the teams already in the Divisional Series, only the Minnesota Twins have weaker odds (+1600) than a team in the Wild Card games.

According to ESPN rankings, the ‘Stros have the best hitting lineup and pitching staff entering the playoffs, led by Justin Verlander and Gerrit Cole on the mound and the 80 combined homers between Alex Bregman and George Springer.

The Los Angeles Dodgers are second in odds at +275. Like Houston, LA has two of their own aces in Clayton Kershaw and Hyun-Jin Ryu and an MVP candidate in Cody Bellinger.

The odds of winning the World Series drop off after the Astros and Dodgers with the New York Yankees getting +425 chances of adding their 28th championship.

Riddled with injuries throughout the 2019 season, the Bronx Bombers have proved their squad has depth at multiple positions and a superior bullpen that features four relievers averaging 12 strikeouts per nine innings.

The Atlanta Braves have +750 odds and the St. Louis Cardinals have +1000, rounding out the ten teams in the playoffs this season.

Most of the 2019 MLB playoff games are still TBD, but the games will be available on TBS, MLB Network, FS1, and Fox.

The best-of-seven World Series will be broadcast and streamed live on Fox networks beginning October 22.

A full list of each playoff teams’ odds is listed below for comparison. For some tips and tricks on how to round the bases legally when wagering on baseball, check out our MLB betting guide.