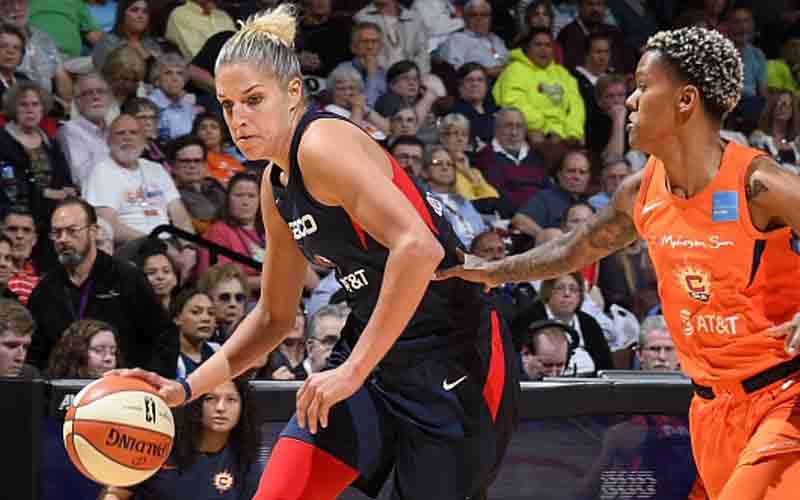 In what could be the final game of the 2019 WNBA Finals, the Washington Mystics will be on the road in Uncasville to take on the Connecticut Sun.

And the two teams are evenly matched in Game 4, according to the odds.

For today’s matchup, neither the Sun nor the Mystic is favored over the other, according to MyBookie. Listed as a pick’em, both teams have -110 odds on the spread.

The total over/under is 175 points for Game 4. For the first three games of the Finals, the Mystics and Sun are currently averaging over 180 total points per contest.

With the return of the injured Elena Delle Donne, the Mystics hope to close out the series on the road this Thursday after securing a 2-1 lead on Sunday

After suffering from a herniated disk in her back during Game 2, Delle Donne was uncertain for Game 3 of the Finals.

Nevertheless, the 2019 MVP still played and recorded 13 points in 5-6 shooting in 26 minutes. Following the team’s win, Delle Donne chalked up the success as a team effort.

“I just want to be a leader for this team. I love [my team]. I did nothing, I was just on the court, they carried me and they’ve done that all season long.”

Delle Donne’s biggest contribution, however, could actually just be her defense.

After Delle Donne left Game 2 within the first four minutes, Sun F Jonquel Jones went for 32 points and 18 rebounds without a premier defender to stop her.

MyBookie is also accepting action on a couple of prop bets for Game 4. For the first quarter and the first half, the Mystics are 0.5 point favorites. Both teams are predicted to score 87 points, coinciding with the fact that neither is favored in Game 4.