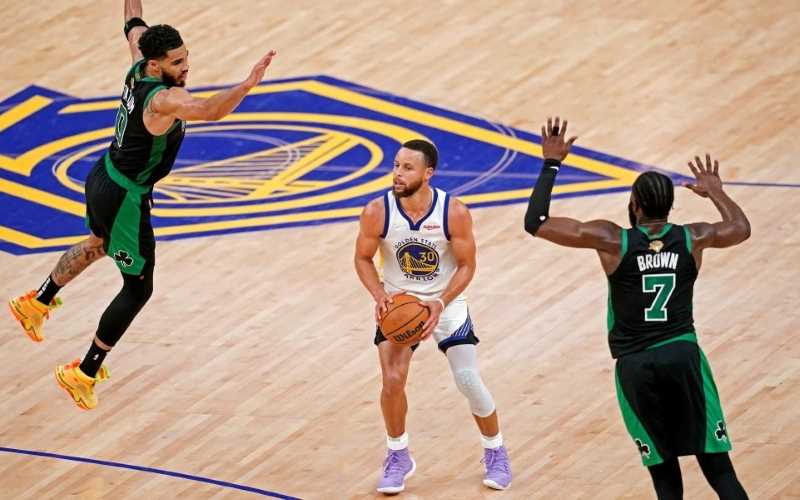 NBA fans, tonight’s the night that could decide it all.

Since the Golden State Warriors dug themselves into a 2-1 hole and saw their status as betting favorites fall to the Boston Celtics (and by a healthy margin) after Game 3, the Dubs are back in the driver’s seat. Having won Games 4 and 5, Kerr & Curry, Inc. are up 3-2 in the 2022 NBA Finals.

That said, Game 6 is in Boston, and the Garden’s home-court advantage is worth enough in the mind of gamblers to force the series to seven games.

Here’s how the odds for Game 6 currently stand:

As you can see, the lines are all fairly similar regardless of where you wager. Since this is the case, you probably don’t need to shop lines too much.

Instead, just go with the sportsbook that supports the online betting banking methods you like best (Cardano!) or the operator where you’re closest to hitting your sports betting bonus rollover requirements.

As far as touts, we don’t really have any. The momentum in this series has been all over the place, but – if we had to guess – we’d go with the Warriors on the parquet floor.

In Game 5, Steph Curry snapped his 223-game streak of consecutive games with at least one three-pointer made, coming up empty on nine attempts beyond the arc.

That probably means he’s going to drain a dozen or so threes tonight, which – in most cases – would be a difficult advantage to overcome for any opposing basketball team.

Per Warriors head coach Steve Kerr, Curry is seething about his Game 5 performance and is likely to have an historic chip on his shoulder to make good.

Here’s the over/under on three-pointers made by Curry for Game 6:

Normally, we don’t wager on lines where the book isn’t risking anything, but in this case, it seems like a no-brainer to take the over.

Heck, if we didn’t know better, we’d think this was a first-half line, but it’s not. It’s a full game total, so it seems like the absolute surest bet on the boards, regardless of whether or not the Warriors win the game.

Which they probably will.

But we want one more day of NBA basketball betting, so we hope they don’t.