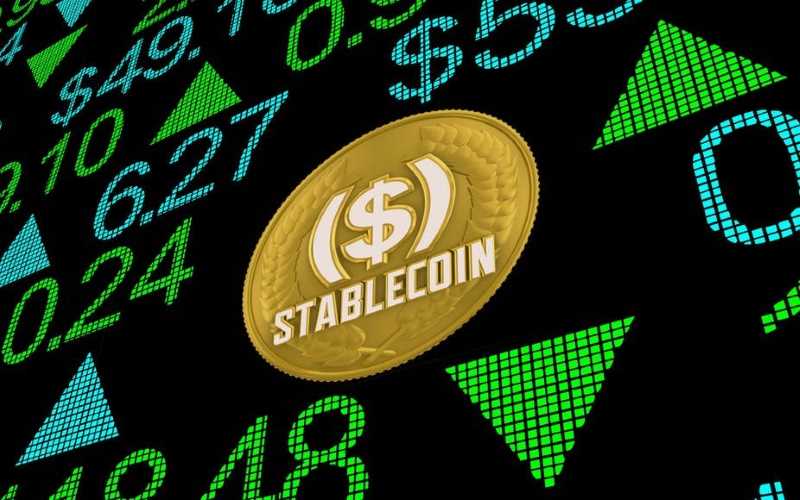 If you’ve been following the latest crypto news over the last several months, you’ve probably been bludgeoned ad nauseum with stories about how the marketplace is about to get rekt by regulations and similar nonsense.

But honestly, there’s not all that much to worry about.

Sure, governments will try to regulate the crypto market, but trying is really all they can do.

And who knows how truly motivated they are to do so? It isn’t actually the governmental apparatus pushing this initiative as hard as it’s being pushed.

You see, traditional banks are threatened – and rightfully so – by the cryptocurrency space. After all, part of the core purpose of crypto is to displace these archaic and predatory pillars of (broken) society.

Now, we’re not naïve enough to believe that crypto will actually put any banks out of business or replace any nation’s fiat currency scheme, but there will be a lot of talk as if that’s a real possibility.

And that talk is what’s going to end up forcing the hand of government.

Take, for example, the recent diatribe against crypto penned by the American Bankers Association (ABA). Interestingly, the ABA has chosen to go after stablecoins in its criticism.

Remember, two of the top 10 crypto coins by market capitalization are stablecoins – specifically Tether (USDT) and USD Coin (USDC). And since these are tied to the US dollar at a 1:1 ratio, it seems that the ABA is using this as their “in.”

In other words, because stablecoins are backed by liquid assets in fiat form, the ABA thinks it can convince US lawmakers that it has skin in the game.

Effectively, the ABA wants its member banks to have oversight of the stablecoin market and to take a cut for providing “consumer protections” it pretends crypto buyers actually want.

The first prong of attack for the ABA, of course, is to redefine some pretty basic terms. The association is aware that ignorance runs rampant in the halls of Congress, and it’s seeking to capitalize on that.

Here’s how the ABA opens its missive:

“The origins of cryptocurrency were driven by the desire to build a ‘trustless’ financial system, where parties can transact directly with each other without the need for a trusted third party. It is ironic, therefore, that as interest in cryptocurrencies and other digital assets such as stablecoins continues to grow, consumers engaging with digital assets most often seek out trusted financial institutions to act as financial intermediaries.”

Naturally, that characterization isn’t what “trustless” means in the crypto space, and the ABA knows it.

But by using the more accessible definition of the term to call into question the trustworthiness of crypto trading, the ABA is effectively smearing the entire market as broken in a way that needs fixing.

We all know that “trustless” blockchains networks are the core strengths of legitimate crypto platforms, but the dinosaurs in Congress don’t, and the banks know that. So this is their tack.

The rest of the screed goes on to dress up a basic plea for governmental intervention that would give banks a massive competitive advantage over already-established cryptocurrency exchanges.

“Consumer protection” is the euphemism used throughout, but what the ABA really means here is “bank protection.”

Perhaps if major financial institutions didn’t sleep on crypto for a decade like Sears slept on Amazon or Blockbuster slept on Netflix, they wouldn’t be in this mess.

But that’s their problem.

The real question is whether or not it’s going to be made into your problem, too.

If you’re anything like us, you probably think the crypto market is running pretty darn smoothly on its own and doesn’t need any middlemen to extract more funds from your transactions than native blockchain fees already eat up.

Well, the good news is that despite the ABA’s best efforts – and despite the government doing its thing to taint every meaningful pocket of happiness in your life – this isn’t going to affect much of anything on your end.

First of all, you already have to pay taxes on your crypto gains whenever making trades or cashing out, and that’s been on the books for a while, now.

Uncle Sam is getting his cut.

So while there’s potential for the government – at some point – to roll out some even more odious tax scheme targeting crypto specifically (maybe they’ll tax the stuff like cigarettes or firearms), that probably isn’t going to happen any time soon – if ever.

The more obvious course will be for the government – at the behest of the bankers – to add ever more regulatory oversight to crypto developers themselves.

In the case of stablecoin developers specifically, they’ll probably (eventually) have to prove liquidity that covers their entire circulating supply.

After all, this angle is why the ABA chose to target stablecoins rather than standard crypto assets right out of the gate.

But regardless, as a crypto investor or trader – and especially if you just use crypto for legal online sports betting and other forms of real-money gambling over the Internet – none of this is likely to matter.

Plus, the crypto market is 10 steps (read, “years”) ahead of the fiat market when it comes to fintech, so anytime an external bottleneck rears its ugly head, the channels will be expanded in short order.

The genie’s out of the bottle, the cat’s out of the bag, and you’re out of your mind if you’re going to let a little saber-rattling knock you off your high horse.

Ignore these creeps. You’ve got better things to worry about.

Like tonight’s Thursday Night Football tilt between the Chiefs and the Chargers. Kansas City’s only a three-point favorite at BetOnline Sportsbook.

Now that’s something to spend your stablecoins on…