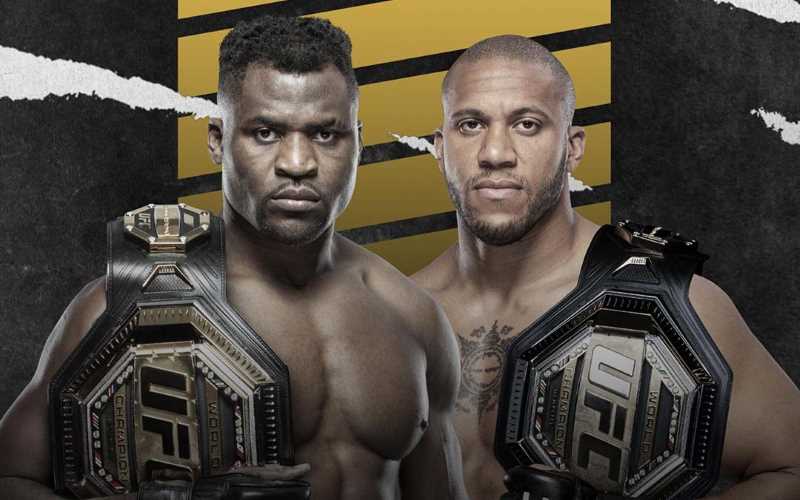 It’s just two more days until UFC 270 gets underway on PPV (ESPN+), and – to hear the big fighting outlets say it – there’s still no clear “narrative” about what this fight represents.

On the one hand, UFC 270 – like nearly all UFC PPV events – is about the main event: Francis Ngannou vs. Ciryl Gane.

On the other hand, Ngannou is currently locked in a contract dispute with the UFC, which is what many analysts claim is the real UFC 270 storyline.

A third storyline is simply this: The hard-hitting Ngannou is not the favorite to win. Instead, 31-year-old challenger Ciryl Gane is.

As the current interim UFC heavyweight champion, Gane (23-0, 7-0 UFC) is four years younger and 20 pounds lighter than Ngannou, and his overall game and conditioning profile – along with his kickboxing background – appear to give him a distinct edge in most scenarios.

Of course, these aren’t the only fighters on the UFC 270 card, and all the best online sportsbooks have mainline odds and side bets for every single bout:

Depending on the sportsbook you choose, you’ll get 10-15 UFC props along with the main line on each fight (not including the nearly countless custom props and parlays you can make with the Bovada Prop Builder, BetOnline Prop Builder, etc.).

Of course, the main event has the most prop bets to choose from, and we’ve included just a few of those here:

Fight to Start Round 2

Fight to Start Round 3

Fight to Start Round 4

Fight to Start Round 5

It’s interesting how much information you can glean from the betting lines on a given fight, even if you have no familiarity with the fighters in question.

For example, if you didn’t know that Ngannou was primarily a knockout artist (12 of his 16 professional MMA wins have come via KO/TKO), the odds above would clue you in.

That’s because Ngannou is largely favored to lose the match unless the fight is decided by an early KO or TKO. Ergo, Ngannou is a puncher.

However, should the fight go the distance, the better-conditioned Gane – with only four KOs to his name in 10 career MMA wins – is favored by various margins.

Interestingly, if the fight go to the mat, Gane also carries a slight edge over the defending champ, making Ngannou seem somewhat one-dimensional.

Regardless of how well you know the current UFC 270 lineup, though, it’s important to remember that these are fights. Anything can happen, and bad beats are as commonplace as bad beatings.

UFC 270 will take place at the Honda Center in Anaheim, CA. This marks the first time since March 2020 that a UFC event has been contested in California.

The UFC 270 PPV costs $74.99 and requires an ESPN+ subscription or Disney+ streaming bundle.