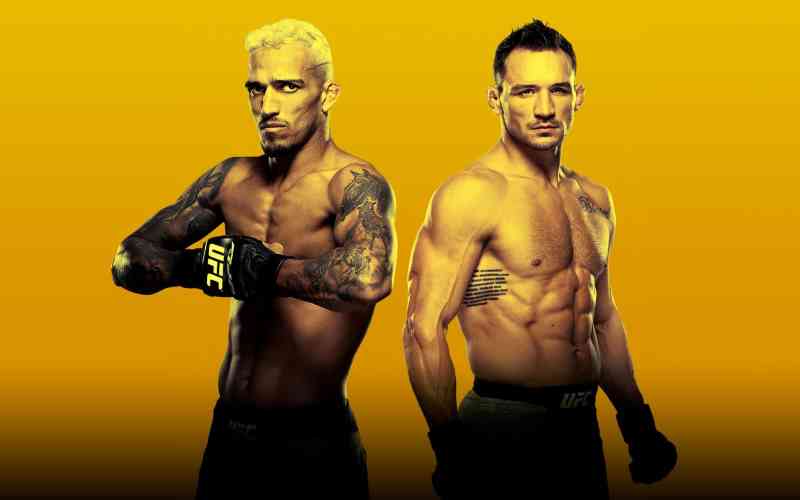 Khabib Nurmagomedov’s Lightweight belt is on the line this Saturday at UFC 262, but the former champion isn’t going to be defending it.

The Eagle last fought in October at UFC 254, and he retired immediately after that bout, preserving a 29-0 record that’s left many fans – including UFC President Dana White – wanting more.

After grappling for months with the reality of Nurmagomedov’s retirement, White finally ordered the UFC Lightweight title vacated in March, setting up this weekend’s main event.

Of course, if you were expecting something on par with a Nurmagomedov fight, you might be disappointed.

There aren’t many big names on the UFC 262 card, and the evening is a hodgepodge of replacements.

Welterweight Leon Edwards was supported to fight Nate Diaz in a non-title co-main event, but Diaz withdrew due to injury.

Flyweights Alex Perez and Matt Schnell were supposed to have it out, but that fight got moved around after Perez pulled out.

Middleweights Jack Hermansson and Edmen Shahbazyan were on the card before a member of the former’s camp caught the flu.

Finally, lightweights Joel Alvarez and Christos Giagos won’t duke it out as scheduled after Alvarez experienced some issues with his visa – which, incidentally, is why we recommend always betting on the UFC with Bitcoin.

No holds barring any more cancellations, here’s what you can expect at UFC 262, aside from the welcome sight of fans in the stands at Toyota Center in Houston, TX.

Note: Each bout features 10-15 unique props in addition to its main line odds.

Despite being a three-time Bellator Lightweight titlist, Michael Chandler (22-5) is a slight underdog to Charles Oliveira (30-8, 1NC), who’s quietly put together a dominant UFC career.

If Oliveira submits Chandler, he’ll push his UFC record to 15 submissions, and if he defeats Chandler via any method before the bout goes to the judges, he’ll take sole possession of the all-time record for finishes at 17.

Given his history – and the fact that he’s four years younger than Chandler – it’s surprising that Oliveira’s not a heavier favorite.

In the co-main event, Tony Ferguson (26-5) – perhaps the biggest name on the card for casual fans and bettors – is expected to lose his match against Beneil Dariush (20-4-1).

Based on rankings, Ferguson (5, Lightweight) should outperform Dariush (9). However, Dariush is several years Ferguson’s junior, and bettors believe he’ll beat the old man.

All in all, UFC 262 doesn’t really have the marquee matchups we’d expect of a PPV event, but it’s worth remembering that the UFC is the only sport in the world that didn’t throw in the towel during last year’s global coronavirus “moratorium.”

So if the UFC wasn’t your bread and butter before, it should be now.

One Step Forward, Two Steps Back: Why Massachusetts Sports Betting Hasn’t Been Enacted Yet