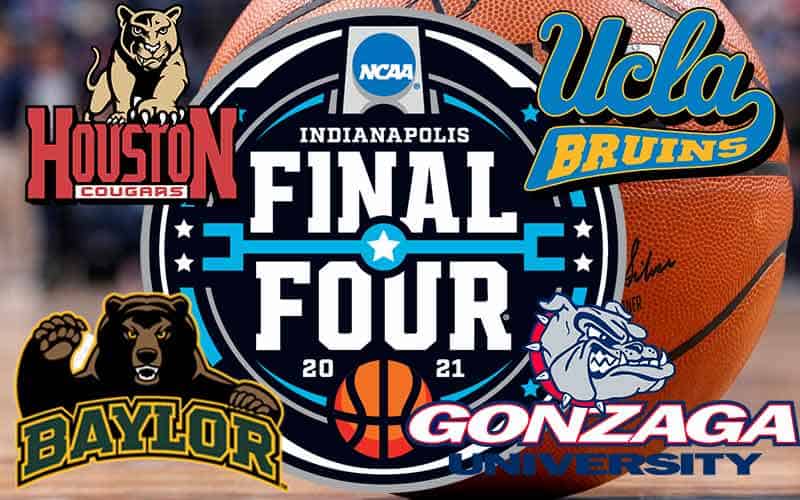 Never let anyone tell you that the First Four games of the annual NCAA Men’s Division I Basketball Tournament are meaningless.

For evidence, college basketball fans can always point to the 2021 UCLA Bruins who began as an 11 seed in the opening First Four round and then advanced to the Final Four.

The Bruins’ 2021 season is not yet over, but Final Four betting sites are once again predicting that UCLA will lose by a large margin. The below line offered by Bovada implies that Gonzaga will easily take care of business tomorrow night at 8:30 pm.

Gonzaga is delivering on the promise of their pre-season futures that predicted they would win it all in 2021, but it is strange that oddsmakers are not recognizing the run that UCLA Is currently on.

The Bulldogs have managed to cover their large spread differentials in each and every game thus far during March Madness, and NCAAB betting sites are predicting that they’ll roll the Bruins out of the building by at least 14 points.

Online March Madness sportsbooks are also favoring the higher seed in the other Final Four matchup between the Houston Cougars and the Baylor Bears.

Tipoff for tomorrow afternoon’s semifinal matchup is at 5:14 pm, and the winner will earn a chance to battle for College Basketball’s 2021 National Championship against the winner of Gonzaga and UCLA.

There is also a futures line that allows for betting on the team among the Final Four that fans believe will hoist the title at the end of the tourney.

Gonzaga has held the top spot in this futures line since the 2020-2021 NCAAB season began, and now they are two wins away from winning their first National Championship in program history after knocking on the door for two decades.

Both of these epic Final Four games can be seen on CBS this Saturday, but if you are unable to place a bet prior to tipoff, there is still a chance to get in on the action by taking advantage of live betting on March Madness.

These live NCAAB odds are available throughout the entire duration of the Final Four round as well as the championship game, so don’t fold up your bankroll just because the opening whistle has blown.