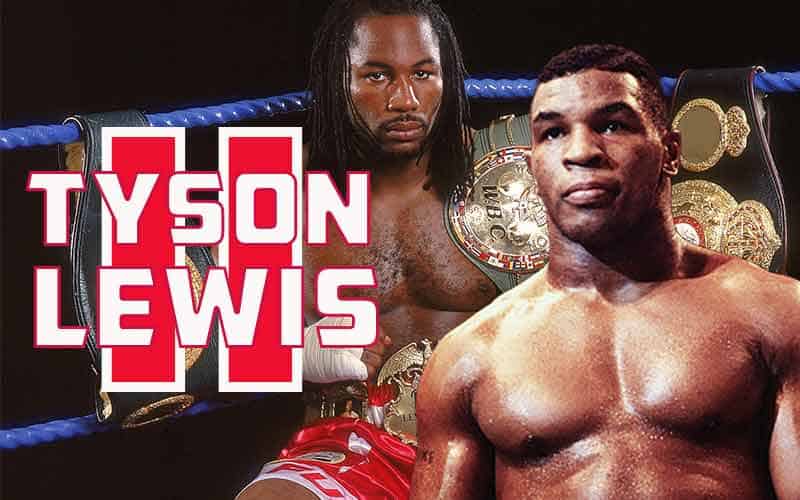 In 2002, boxing fans were treated to what was considered a dream match between two of the greatest heavyweights of the 1990s – “Iron” Mike Tyson and Lennox Lewis.

Tyson made waves in the late 1980s when he blazed through the top contenders in boxing’s heavyweight division, winning his first title at the age of 20, and unifying the three major belts just 1 year later.

Unfortunately, Tyson’s career was derailed in the early 1990s by legal troubles and some time in prison, but he eventually returned to professional boxing. He was able to compete at a high level but his training regimen was almost non-existent during this era, severely curtailing his potential during his second run.

Boxing betting sites featured Lennox Lewis as a heavy favorite during their first mega-bout, and he delivered on that prediction by keeping Tyson at bay with his 11-inch reach advantage and knocking him out in the 8th round.

Lewis must have purchased the most recent pay-per-view boxing event where Tyson fought Roy Jones, Jr. to a draw because now he’s entertaining the idea of returning to the ring and giving Mike another shot if there is enough demand from fans.

A recent report from TMZ revealed that Lewis would be more than willing to enter the ring again and face off against Tyson if there was enough intrigue, but neglected to detail what thresholds must be met in order to convince him of said interest.

Either way, online boxing sportsbooks have produced a betting line on Tyson Lewis II, and it actually favors Mike to win the rematch.

Tyson being favored to win is largely due to his recent return to the ring. He has been training hard lately, and in his post-fight comments following his recent bout with Roy Jones, Jr., Tyson stated his intention to continue on.

Lewis has not fought since 2003 and will need to rid himself of 18 years’ worth of ring rust in order to fight Tyson. Let’s have a look at the current tale of the tape between these two iconic heavyweights to see how they stack up in 2021.

Despite this bout existing within the realm of celebrity boxing, both fighters will enter the ring determined to put their opponent on the mat for a 10-count.

The above celebrity boxing odds must be completely ignoring the fact that Lewis’ stature poses all sorts of problems for Tyson. If the fight becomes reality, Lewis will not set his sights on being the aggressor.

Lewis will likely employ the same strategies that he did during their first fight and use his height and reach to keep enough distance between the two to severely dampen Tyson’s explosive uppercuts and lunging punches.

With that said, we’ll be taking the profitable money line on Lewis, as his +120 odds will payout at $1.20 for each $1 wagered. Take advantage of this Lewis Tyson II line soon, because we believe that once the fight is officially announced, the odds will tighten significantly.