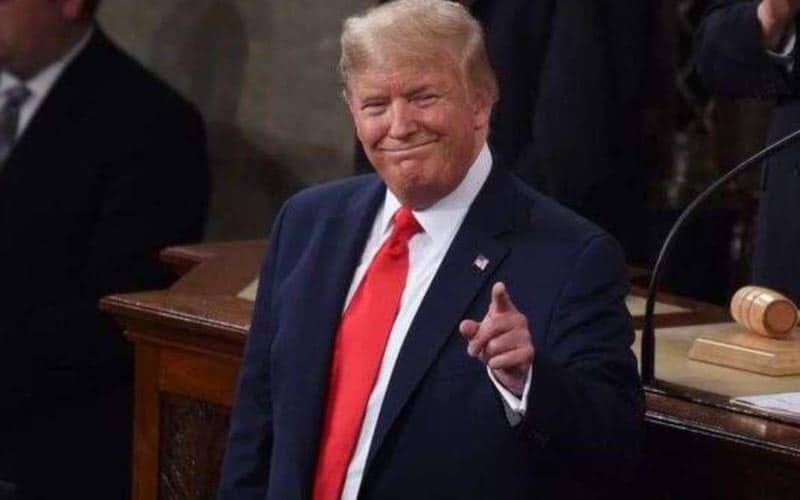 In what may go down as the best week of President Donald Trump’s first term in office, the odds of the Republican incumbent winning re-election have never been higher.

According to the updated odds to win the 2020 presidential election, Trump’s chances hit a record high on Wednesday, following three consecutive days of political outcomes which appear to prove, yet again, that his opponents can’t “Stump the Trump.”

Below are the current 2020 election betting odds for Trump winning a second term in the White House at each of the top-rated online sportsbooks:

What are the chances of Trump winning the 2020 election?

Trump currently has an approximately 65.51% chance of winning the 2020 presidential election, according to the combined implied probability from the odds at each of the political betting sites.

Why did Trump’s re-election odds hit a record high?

The outcomes from three recent events in American politics appears to have convinced the betting public to wager money on Trump.

First, his political opponents held the Iowa Democratic Caucuses on Monday, and to say it’s been a disaster is putting things lightly.

After nearly two days, the voting results still aren’t fully known due to a technical delay caused by the Iowa Caucus app.

With only 75% of precincts reporting as of Wednesday afternoon, Pete Buttigieg holds a slight lead with 442 (26.9%) state delegate equivalents (SDE) compared to Bernie Sanders’ 414 SDEs (25.2%).

Then, Trump gave his 2020 State of the Union address last night and outside of Democratic House Speaker Nancy Pelosi ripping up his speech, the SOTU appears to have been with mostly positive reception from the public.

After the address, Trump’s approval rating on FiveThirtyEight reached the highest since Day 56 of his presidency back in March 2017.

And finally, last but not least, Trump scored arguably his biggest win since getting elected in 2016.

With a slim-to-none chance of getting convicted and removed from office—according to the impeachment betting odds—the Senate voted to acquit the President today, bringing the impeachment trial to an end.

Which Democrat has the best chance to beat Trump?

The odds to win the U.S. presidential election currently lists Bernie Sanders as having the best chance, outside of Trump, to win the White House on Tuesday, November 3, 2020.

The Democratic nominee won’t be officially decided until the party convention is held in mid-July. At this point in the race, Sanders has +425 odds (a $100 wager would win $425), which gives him roughly a 19.05% chance of becoming the next President of the United States.

Below you’ll find the betting odds for all of the 2020 presidential candidates. Anything can happen from now until November, but it appears one thing is a safe bet:

Donald Trump won’t be an underdog this time around.

*From the political betting futures at Bovada