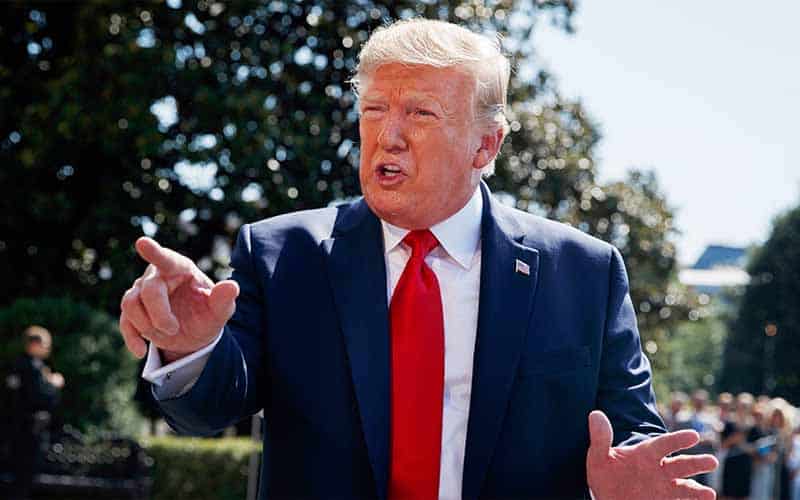 As President of the United States, the day is always full of challenges and surprises, and for Donald Trump, that involves buying countries and avoiding impeachment.

MyBookie is accepting action on a few new Trump prop bets. Don’t let some of the longshot odds fool you; anything can happen with the president.

The most interesting bet of this group involves Trump buying Greenland and joining the United States of America. This is a topic that most people probably didn’t see becoming a part of legal political betting action.

However, Greenland can’t just be a US territory for this bet to win; it must be a state. The 52nd state, to be exact.

That’s the hardest part of this bet since something else must become the 51st state before Greenland can become the 52nd. The most likely scenario would be Puerto Rico or Washington, DC finally obtaining statehood, then Greenland becoming a state shortly thereafter. Or maybe there’s a chance the president could also buy Iceland at the same time and make them both states simultaneously.

Denmark is adamant that Greenland is not for sale. Trump even canceled a visit to Denmark because they would not entertain his offers for the autonomous Danish territory.

Denmark is a very special country with incredible people, but based on Prime Minister Mette Frederiksen’s comments, that she would have no interest in discussing the purchase of Greenland, I will be postponing our meeting scheduled in two weeks for another time….

But if Trump were to somehow convince Denmark to sell Greenland, predictions have the price hovering around $500 billion.

Still, oddsmakers still give -140 odds that Greenland will be the 52nd state of the USA by the end of Trump’s second term should he be re-elected in 2020.

Will Greenland become the 52nd state by the end of Trump’s 2nd term?

Although Trump will not be visiting Denmark anytime soon, prop bets are listed on whether he visited the Orchids of Asia Day Spa, a spa and massage parlor in Jupiter, Florida that has been exposed for its prostitution ring.

The spa came into the limelight in February 2019 after New England Patriots owner Robert Kraft allegedly paid for sex acts from the company’s staff. Trump is friends with Kraft and even knows the spa’s former owner, Cindy Yang.

Despite selling the spa chain in 2013, Yang has “become a fixture in Republican politics.”

Even though Trump appears to have a personal connection to the former owner of the Orchids of Asia, MyBookie projects no evidence will be presented that proves Trump visited the parlor before or after assuming office.

Before his presidency, oddsmakers give -5000 chances that there will be no proof. After becoming president, odds say there’s only a +5000 chance there will be anything that proves he visited the spa.

Will there be proof of Trump visiting Orchids of Asia Day Spa before his presidency?

Will there be proof of Trump visiting Orchids of Asia Day Spa after becoming president?

Another piece of documented proof sought after is Trump’s tax returns. House Democrats have filed a lawsuit against the Treasury Department and the IRS for their refusal to turn over the president’s tax returns and are now looking to expedite the process.

Back in 2016, Trump claimed he was “smart” for not paying income taxes. He even stated that the money would be “squandered” if he did pay his taxes.

Even with the lawsuit, oddsmakers say there’s a -500 chance that Congress will not obtain Trump’s tax returns.

The hottest option will always be the impeachment of Trump. Each attempt has been without success so far for House Democrats, but Texas Rep. Al Green says he will file the articles of impeachment for the fourth time when Congress returns next month.

His persistence might pay off, but MyBookie predicts an impeachment before the end of the year will payout.

Odds say there’s a -5000 chance the House will not begin the impeachment process before December 31, 2019.

There is also a chance that Trump could just resign before his first term official ends. Again, these are extremely low chances with -9000 on “No” and that he won’t call it a day before the end of his first term.

Will the House begin the Trump impeachment process by December 31, 2019?

Will Trump resign before the end of his first term?