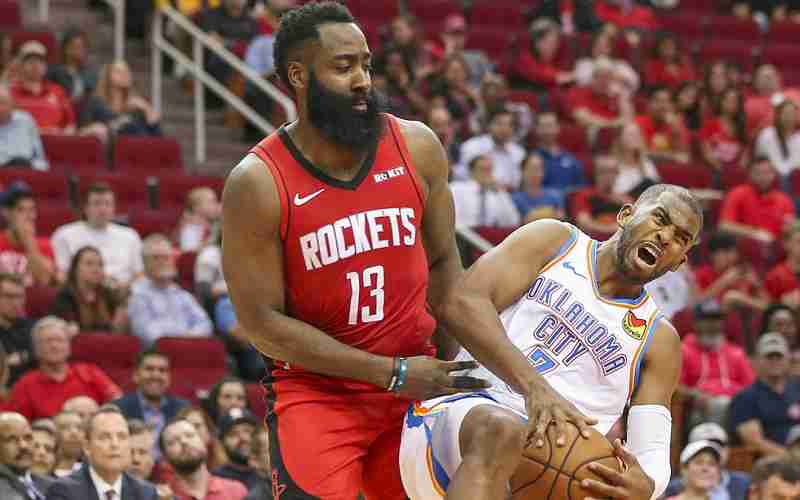 Tonight’s contest between the Oklahoma City Thunder and the Houston Rockets has got their respective fans and pro basketball gamblers psyched over game seven. The winner will advance to face the Los Angeles Lakers in the second round of the NBA Playoffs, and the loser will leave the Walt Disney Wide World of Sports Complex and return home to train for next season.

The Rockets were in control of the series with a 3-2 game edge but fell victim to a late surge led by Thunder guard Chris Paul who nailed two three-pointers in the closing moments. On the morning of game seven, the Rockets are favored to win by 5.5 points and deliver on their pre-season promise of a deep playoff run, but NBA betting sites can get it wrong from time to time.

By looking at the second-round NBA Playoff betting odds between the Toronto Raptors and Boston Celtics below, you wouldn’t think that the Celtics had a two-game advantage. Boston has played above their heads in games one and two, and are now two games away from bouncing the second-seeded Raptors earlier than expected.

The Raptors began the season as dark-horse contenders for an NBA title, and we’ve got a hunch that they aren’t done just yet. The smart money is on the Raptors to win, and since the spread is only one point, that’s where we advise laying the action.

The Denver Nuggets just advanced beyond a first-round, game-seven thriller where they barely inched beyond the Utah Jazz by two points. The Jazz had two shot opportunities during the final seconds that clanked off the rim and delivered the victory to the Nuggets from the jaws of defeat.

The Nuggets now face the LA Clippers who are well-rested and intent on making a run for an NBA Championship title. The dynamics of some teams have changed greatly over the course of the COVID-19 layover that the league experienced between March and late July.

Despite that parity, no team ranked higher than 5th remains in the NBA Playoffs. Still, the lower seed is ahead in the two second-round series that have completed games so far, and perhaps the Nuggets could continue that trend. A wager of $100 on Denver to win game one can earn a cash payout of $270.

The NBA Championship odds still point to a Los Angeles vs. Los Angeles matchup in the Western Conference Finals, while Milwaukee is still the leading contender to face off against whichever of the LA teams advance.

The rapid-fire pace of the playoff schedule has television schedules packed with games and sportsbook sites loaded with betting lines. Don’t sleep on getting your NBA Playoffs wagers entered because it’ll all be over by early October, and you’ll have to bet on NBA 2K simulations to tide you over until next season.