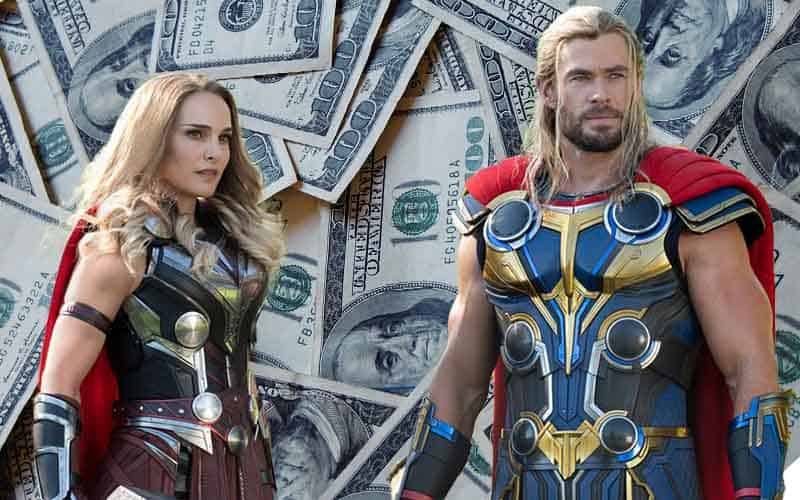 As the Marvel universe continues to expand on Disney+ and in movie theaters, so do the offerings at entertainment betting sites that are trying to keep up with the overwhelmingly active release schedule.

It seems that Marvel and Disney are not only lightening up the overall theme and mood of their more recent projects, but they are also injecting a heavy dose of female heroines to spice up the on-screen action.

Just last week we covered the odds for betting on She-Hulk: Attorney At Law which is scheduled to drop this August on the Disney+ streaming app.

Now there are odds posted for betting on Thor: Love and Thunder which is scheduled for a theatrical release on July 8, 2022. As usual, the comedy is ramped up for the latest entry in the Thor franchise, but there is a returning character featured in the trailer for Love and Thunder that is adding to the intrigue.

Not only is Natalie Portman returning to the Marvel Universe as Jane, but her character has also taken on some additional might that has required her to hit the gym and sculpt her pythons. Portman’s physique now rivals that of co-star Chris Hemsworth, and that’s not an exaggeration.

To further enhance the cast, the main baddie, Gorr the God Butcher, is portrayed by the talented Christian Bale who is no stranger to transformative performances.

Some legit profit potential is on the boards with the following entertainment prop bets on Thor: Love and Thunder that are posted at Bovada Sportsbook if gamblers can correctly select which of the following characters will make a cameo.

Will Any Of These Characters Appear In Marvel’s ‘Thor: Love And Thunder’

The She-Hulk trailer revealed that The Incredible Hulk, portrayed by Mark Ruffalo, will appear in that series. Scarlet Witch has been popular as of late, co-starring in her own Disney+ series, Wanda Vision, and also playing the heavy in this year’s Dr. Strange in the Multiverse of Madness.

The current Marvel odds favor an appearance by Darcey Lewis, Jane Foster’s assistant.  If the odds for the appearance of Lady Loki aren’t appealing enough at +450, perhaps the following Groot betting line will intrigue Marvel gamblers.

How Many Times Will Groot Say ‘I Am Groot’?

The official cast already lists Vin Diesel’s return as the voice of Groot, the beloved plant-based hero and member of the Guardians of the Galaxy that is only able to utter a single sentence (most of the time).

Gamblers that can correctly guess the number of times that Groot utters “I am Groot,” will win no worse than even money no matter which option is wagered upon.

How Many Planets Will Thor Travel To In Thor: Love And Thunder

The Thor films often feature various settings across the cosmos with atmospheres that range from vibrant to dismal. The above Thor odds favor between 4 or 5 planets to serve as venues in Love and Thunder, but pay close attention to the details.

We can figure that the cast will at least visit Earth and Asgard, but the latter is not a planet. Each Marvel prop will contain betting details for payout decisions so be sure to read through them before laying some action.  Good luck!