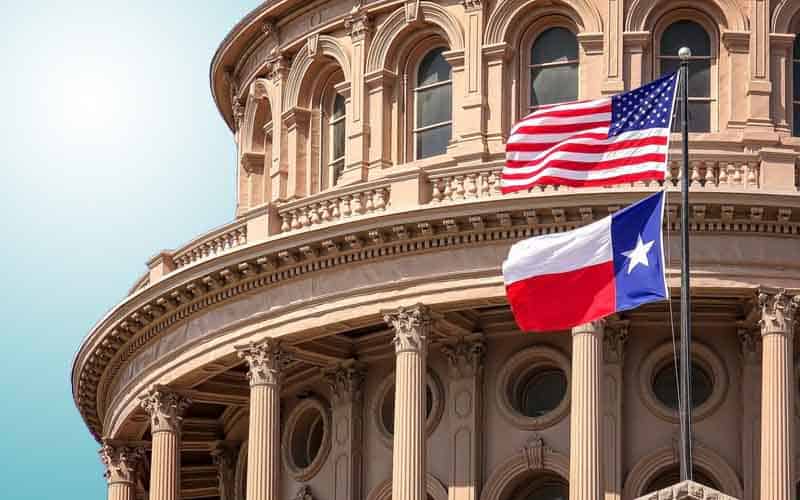 Despite Republicans controlling the Texas Legislature, one Democrat’s proposal could eventually prevail with the backing of key lobbying groups.

If the House bill can gain more support and pass in 2020, then it would allow Texans to bet on professional sports with some restrictions to college athletics.

Like New Jersey, bettors would not be able to wager on games where Texas college teams are involved.

Another option for the legislature next year would be to pass HJR 61, which would allow Texans to vote on the constitutional amendment in 2020.

If the voter referendum passes, then it would allow the Texas legislature to enact domestic sports betting laws for college and professional sports.

Currently, Texans can only bet on greyhound and horse races within the state.

According to their 2018 party platform, Texas Republicans officially oppose the legalization of gambling. But the movement can still win approval in Texas, thanks to lobbying from the Texas Association of Business.

The Texas Association of Business has previously endorsed legalized gambling in Texas with the stipulation that profits help to reduce the state’s franchise tax on businesses.

However, in the official document for HB 1275, Subchapter B states that any excess revenue shall be deposited to the foundation school fund.

Another lobbying group, the American Sports Betting Coalition, believes regulated sports gambling in Texas could boost their economy $1.7 billion and create over 9,000 jobs.

In 2018, the much smaller Mississippi had a statewide revenue of $2.1 billion after they legalized sports betting.

Despite this, critics fear the legalization of sports betting would increase the possibilities of gambling addiction for Texans.

If Texas Republicans and Democrats can come together on legalizing sports betting, there’s one final race to watch: where the casinos will be.

Under HB 1275, the state will only grant five betting operation permits for the 268,597 square miles of Texas.

Sports betting rode off into the sunset in 2019, but could return in 2020 with a fistful of dollars for Texas.